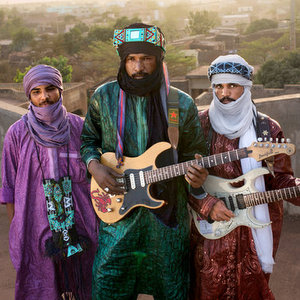 Tuareg guitar has become one of the most popular folk music in the contemporary Sahara. Originally political ballads, created in exile in Libya, today the sound has expanded to encompass everything from introspective love songs, blistering psychedelic rock, and synthesizer and drum machine. At its core, the music still relies on poetry to transmit a message, carried by the pentatonic solos of a guitar.

Browse the Sahel Sounds archive below for an extensive collection of posts, recordings, and albums about the genre.

In February of 2012, I visited Gao. The rebellion had just begun and every day the bus station was flooded with refugees from Kidal, climbing out of the cramped cars, carrying everything in bulging plastic sacks. Many came here to the city by the river for safety while the situation… 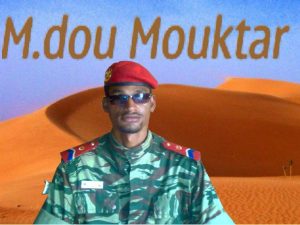 A short video collected from cellphones in Kidal in 2009.

Historically, musicologists lacked the capability to record audio. Songs were transcribed either in Western musical notation or some peculiar form of transcription. Both forms suffered from inevitable selection bias as to what was or was not recorded (or able to be recorded in the confines of the transcription method, which…

Another routine evening, we assemble inside Ahmed's compound of chest high mud walls, sitting on the light mats thrown down in the dusty yard. Two or three guitars are picked up and traded around, the flickering light of the fire just barely bright enough to make out the shadowy figures…