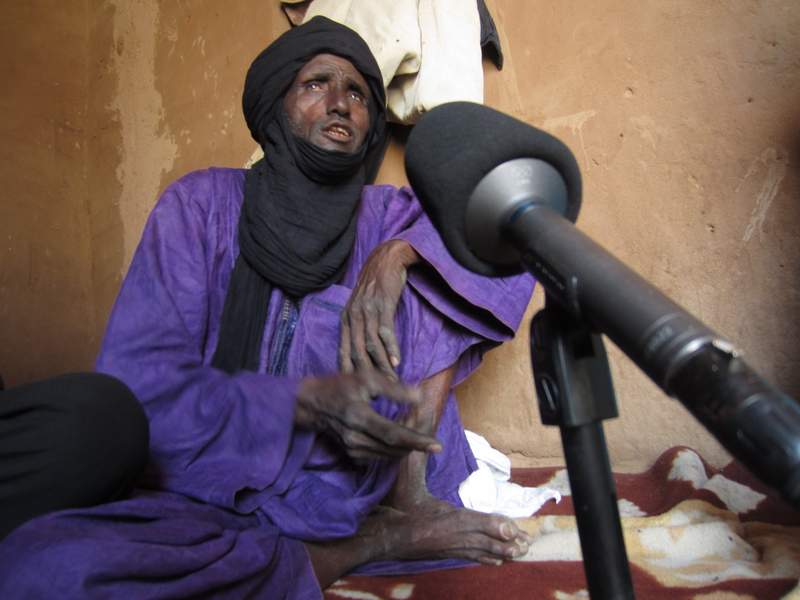 In 2012, I had the chance to meet with Tambatum, renowned poet (read: Tisseway) of the Azawakh region in Niger. It was my first trip to Niger to meet with Mdou Moctar, and he was insistent that visit him. I recorded about an hour of recording, with a very cursory translation provided on the spot. In a culture that until recently has no written literature, poets like Tambatum are keepers of stories. He spoke some about the hero Afelan, a legendary warrior in Azawakh history, but also the more recent events like the rebellion in the 1990s and the violence in Tchintabaradene.

Tambatum passed away a few years ago. Much of his poetry was circulating around on 3gp and mp3 files on cellphones, and I’ve tried to archive what I found, in addition to these recordings, that will be waiting here until someone wants them.