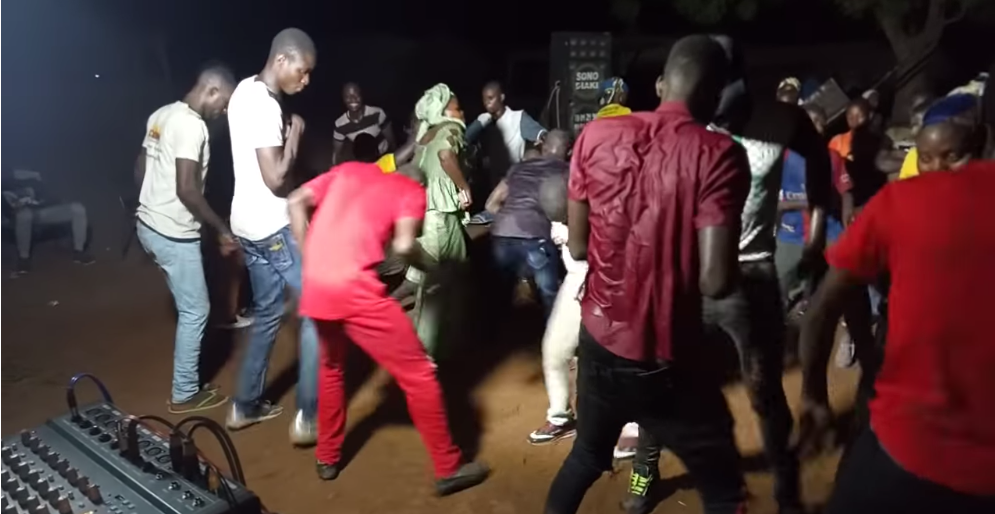 “Balani Show” is a Malian phenomena with two decades of history. Surprisingly, there is little about it, even in Western academic circles. In Mali, it’s so common that its existence and story are taken for granted. I recently connected with Diaki Kone a.k.a. DJ Diaki, an animator and radio DJ. We had long WhatsApp phone call talking about the history of the scene.

Balani Show (previously) began in the late 90s, as DJs with sound systems began to animate social ceremonies. The reason was economic – DJs were cheaper then a Balafon group. While this probably occurred simultaneously throughout Mali, the DJ credited as the originator is Seydou Bagayoko. DJ Diaki and DJ Sandji became his apprentices in the late 90s and early 2000s.

Early on, DJs would play cassettes. But to create more dynamic music, they began to augment songs with drum pads: crashing coupé decalé rhythms, cymbals, and whistles. Moriké Keita (DJ Moh) was first with a drum machine. Playing a gig at a nightclub in Bamako, DJs would stop in and dub their remixed versions direct onto new tapes to play at their parties. Over time, more drum pads found their way to Bamako, and DJs begin playing remixes on the fly. This was followed by a brief period of CDJs before the current incarnation of laptop DJs. However, the drum pad is still used, and sometimes even a synthesizer:

Balani Show thrived in the mid-2000s with DJ Senateur performing an official version on Malian television. But in recent years, it has returned to its street culture roots, played in neighborhoods in informal block parties. There is the occasional moral panic, raised by religious leaders, at the site of young people dancing provocatively at night. Occasionally a move will be made to ban Balani Shows, but the legality of the bans are dubious. What the religious opposition has succeeded is in contributing to a general decline of Balani Shows in the capital.

DJ Diaki now lives 20km from the Bamako, where Balani Shows are now more common. The village Balani Shows have a completely different element from Bamako – with rapid fire tempos and tranced out loops that extend into mind melting repetition. “It’s much faster in the countryside,” he says. “The people in the village want the music fast. If someone goes to my parties, it’s impossible they dance the whole time.” His video channel illustrates this point. While it may have been the city where Balani Show was born, its back in rural Mali where it has taken on a new form, and where the highest tempo Balani Shows are thriving.

You can check out videos and DJ Diaki’s radio emission on his youtube channel.