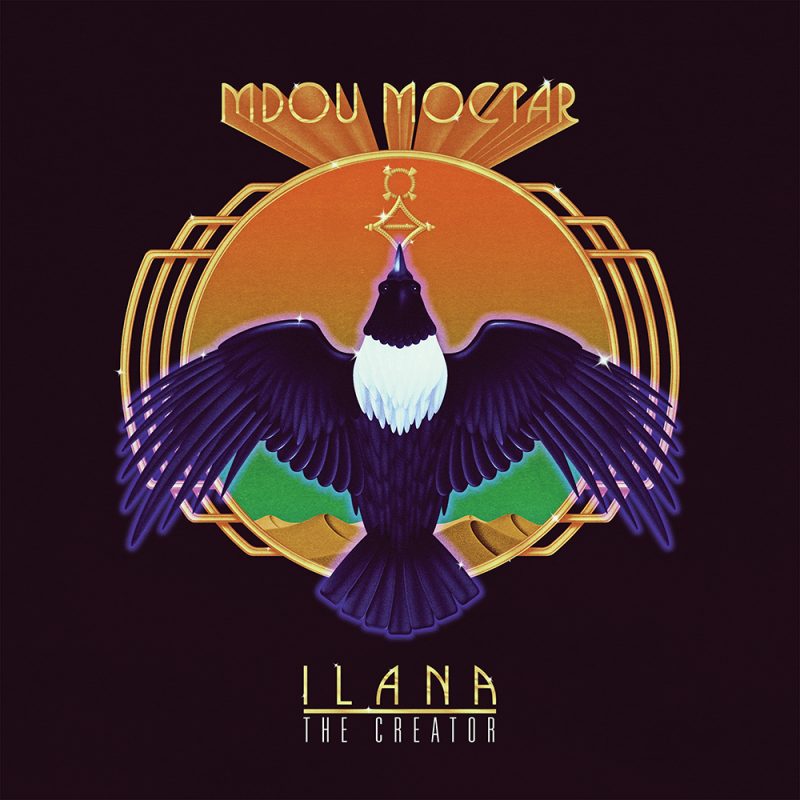 Mdou Moctar’s Ilana: The Creator is out today, and the USA tour just kicked off – check full dates here.

A long time coming, “Ilana” is Mdou’s first true studio album with a live band. Recorded in Detroit at the tail end of a US tour by engineer Chris Koltay (the two met after bonding over ZZ Top’s “Tres Hombres”), the band lived in the studio for a week, playing into the early hours. Mdou was accompanied by an all-star band: Ahmoudou Madassane’s (Les Filles de Illighadad) lighting fast rhythm guitar, Aboubacar Mazawadje’s machine gun drums, and Michael Coltun’s structured low-end bass. The album was driven by lots of spontaneity – Mdou’s preferred method of creation – jumping into action whenever inspiration struck. The resulting tracks were brought back to Niger to add final production: additional guitar solos, overdubs of traditional percussion, and a general ambiance of Agadez wedding vibes.

The result is Mdou’s most ambitious record to date. “Ilana” takes the tradition laid out by the founders into hyperdrive, pushing Tuareg guitar into an ever louder and blistering direction. In contrast to the polished style of the typical “world music” fare, Mdou trades in unrelenting grit and has no qualms about going full shred. From the spaghetti western licks of “Tarhatazed,” the raw wedding burner “Ilana,” to the atmospheric Julie Cruise-ish ballad “Tumastin,” Mdou’s new album seems at home amongst some of the great seminal Western records. But Mdou disagrees with the classification. Mdou grew up listening to the Tuareg guitar greats, and it was only in the past few years on tour that he was introduced to the genre. “I don’t know what rock is exactly, I have no idea,” he says, I only know how to play in my style.”

For Mdou, this style is to draw on both modern and traditional sources and combine elements into new forms. In “Ilana” Mdou reaches back into Tuareg folklore for inspiration, riffing on the hypnotic loops of takamba griots, or borrowing vocal patterns from polyphonic nomad songs, and combining them with his signature guitar. You can hear the effect in tracks like “Kamane Tarhanin,” where a call and response lyric lifts up over a traditional vocal hum before breaking into a wailing solo with tapping techniques learned from watching Youtube videos of Eddie Van Halen.
There is an urgency in Mdou’s music, and the fury of the tracks are matched by their poignant messages. The title track “Ilana” is a commentary on uranium exploitation by France in Niger: “Our benefits are only dust / And our heritage is taken by the people of France / occupying the valley of our ancestors.” Other times, he delves into the complexities of love, but always with delicate poetics: “Oh my love, think of my look when I walked toward the evening / Tears fell from my face, from the tears that fell green trees grew / And love rested in the shade.”

Grab the album on Bandcamp or on our shop.

That ain’t workin’, that’s the way you do it…