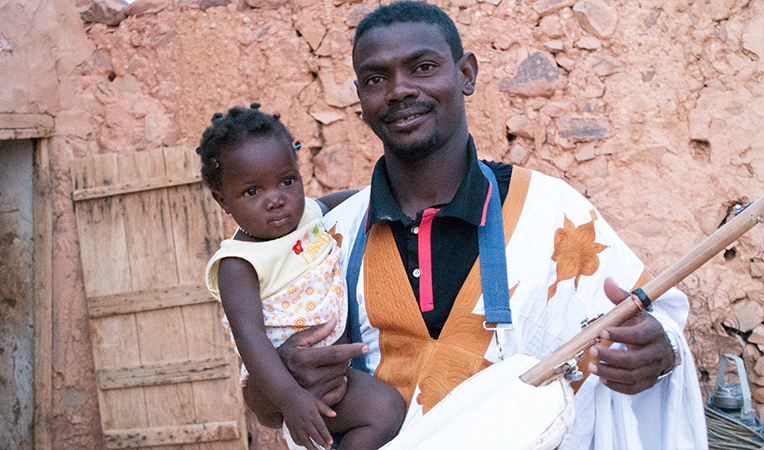 I first met Ahmed Sidi Bella, way back in 2009, during my first field recordings. At the time, he only had a tidnit and a child’s size nylon string guitar. With trepidation, I put the microphone in the window, as to be so far out of the way as not to disturb him, much to his confusion. When I visit years later, we both have evolved somewhat. He has a number of instruments and an amplifier. And I know how to place a microphone.

Ahmed lives in Chinguetti, an ancient and ruinous caravan town from the 13th century. The village more recently was a stop on the French tourist circuit, with direct flights from Europe – since in decline, with the ever-expanding “Zone Rouge.” His family compound is a huge compound, across the sand river in the old section of town. Language is challenging, and my attempts to a deeper understanding of Mauritanian classical modes is a failure, but we manage a number of recordings. Ahmed plays both the tidnit, the Mauritanian interpretation of the ubiquitous West African guitar, as well as the standard electric guitar, modified for quarter tones. His mother Aicha Imbend joins in with percussion and a chorus of handclaps and vocals from the rest of the family. 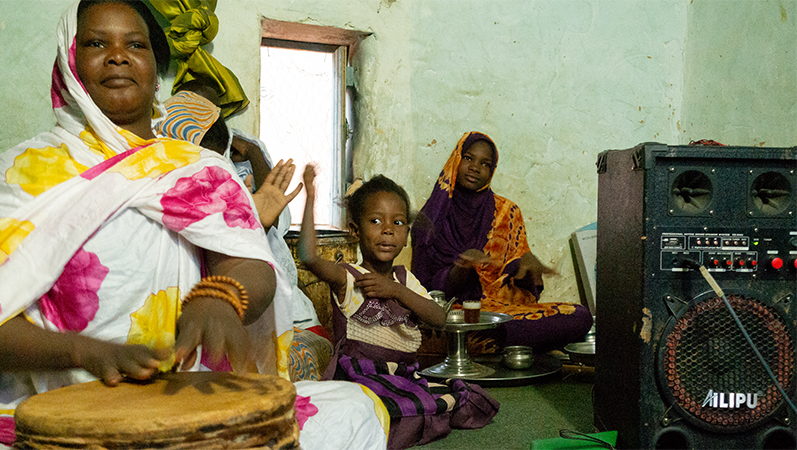