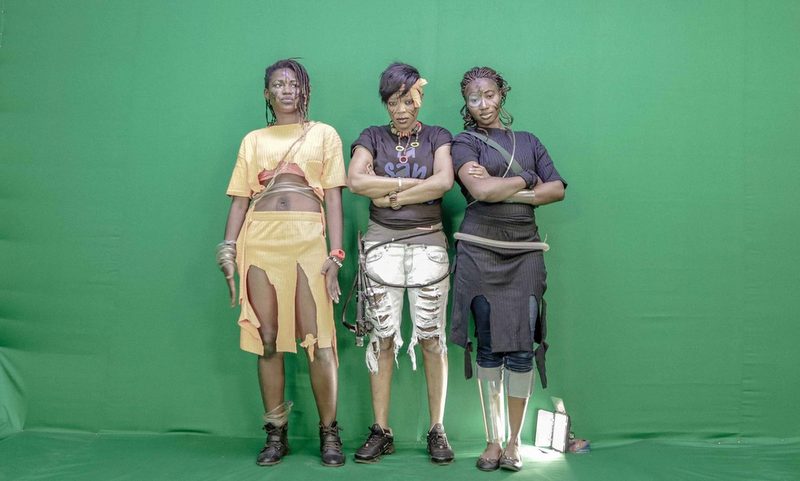 The new music video for Ami Yerewolo’s “A San Nièfai” takes Malian Hip Hop into a science fiction future. In the video, a trio of post apocalyptic survivors wander through the Malian countryside, stumbling on the destroyed and smoking ruin of the capital. Meanwhile, they are pursued by a vehicular gang with bandits piled into the back of trucks and screaming stunting motorcycles. The video alternates between Ami rapping in an underground mine shaft and a loose narrative that ends in a showdown between two warring factions. And of course, a dance sequence.

The stylistic choice for the video isn’t wholly surprising and is clearly inspired by the Hype Williams directed 2pac video for California Love and blockbuster Mad Max: Fury Road (the former of course being a remake of the 1979 Mad Max, alas). Aside from being a colorful video with a plethora of special effects and tentative narrative structure, the video stands out particularly in the West African context. It is well likely that “A San Nièfai” is the first commercial science fiction production from Mali.

I spoke with Sidiki Goita, director of the video, and co-founder of Vortex Groups, a Bamako based special FX startup. Goita is an engineer by trade, but over the years he’s grown his company to a dozen members, all in their 20s. While working on 3D design, logos, and advertising, Vortex Groups supplements their work with music video production. It’s a lucrative avenue of the struggling Bamako music industry, particularly in contemporary Malian Hip Hop. As Internet enabled cellphones replace the old bluetooth networks of music trading, sites like RHHM and Bamada-City are gatekeepers of new media. Malian Hip Hop artists rely on music videos to advertise and promote their brands. Vortex’s approach varies from the other studio houses, Goita explains. “When Vortex Groups produces a video clip, we make it as though it was a feature length fiction. We write a script, assemble a technicians, make a storyboard…and after finishing all these stages we proceed to scouting the location.”

For what appears to be a large production with cast and costumes, the video for “A San Nièfai” was assembled in pure DIY aesthetic, relying on found materials and free locations. The costumes were salvaged from found materials, transforming motorcycle helmets into armor, calabash turned into shields, and large woven potato sacks for clothing. The video was shot 40 km outside of Bamako at an old quarry for laterite, the iron rich clay used for the quintessential red mud bricks seen across West Africa. Goita was given creative freedom from the artist to make something very different from the standard Bamako Hip Hop video: “The idea of the clip was to break the monotony and the uniformity of the current African videos that loop on the music TV channels, summed up with drone shots of a singer surrounded by a crowd of dancers and also scantily clad girls. The second goal was to shock viewers to the consequences of civil wars, by showing apocalyptic images of their city.”

Science fiction has always been a genre of speculation and warnings, projections that reflect on utopic and dystopic futures. While fantasy and horror have a place in oral tradition, science fiction doesn’t exist in Mali. Only now are the possibilities being explored as technology allows low budget experimentation to redesign reality through 3D animation, compositing, and green screen. So why isn’t there more science fiction? “The problem that persists is a conflict of generations,” Goita explains. “The old ones who have mastered the network of studio production are not ready to leave the beaten track. They are content with simple cinema without technical stakes – just simple stories of love and politics.”

Sidiki Goita says the ultimate goal with Vortex Groups is to produce feature films. Their music videos are calling cards, examples of what can be accomplished with a little investment. “In the West, the cinemas are exhausted, they only make remakes and films of superheroes,” Goita says. “Like our mining resources, our stories and legends are not even exploited to 5%…The younger generation does not have access to funding to produce high-quality films. Foreign partners should trust African youth to finance projects. With less than $20,000, we could would make an African version of Mad Max which could rival productions with 10 times the budget!” 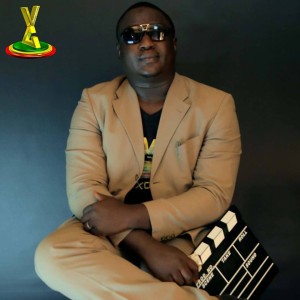