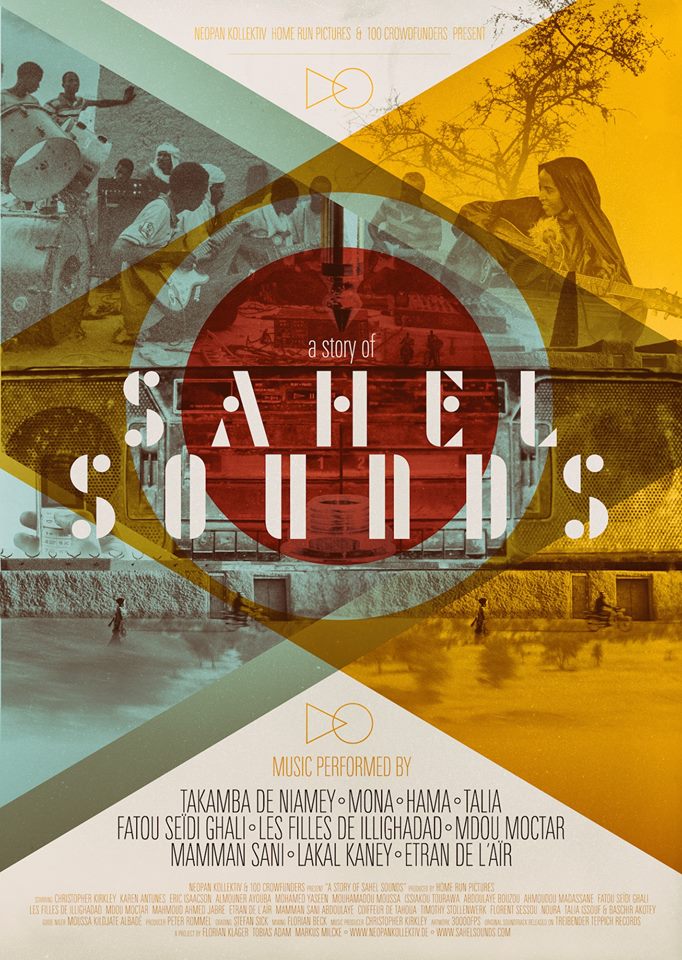 Our friends at the Neopan Kollektiv have finished up their documentary “A Story of Sahel Sounds.” The film is what it says on the tin. A few years back, the filmmakers reached out about a project to document the work of Sahel Sounds. Over the past 3 years, the film team joined us on some of the first European tours with Mamman Sani and Mdou Moctar, came along to Niger on a month long recording trip, and visited us at home in rainy Cascadia, worlds away from the Sahel.

“The film celebrates music performances by current artists from Niger and opens up a space to question our understanding of cultural exchange, musical connections and political structures. Against the backdrop of ever-growing globalization, although influenced by an unequal distribution of power, new possibilities for self-determination open up, these artists attempt to make it big — on the stage and on the mobile phones of their fans. Inspired by Christopher Kirkley’s work, the film overcomes cultural and geographical distances and offers a new perspective on a region which most of us only know as a crisis zone.”

The film is premiering this Thursday at the HOF International Film Festival in Hof, Germany.

Tags: a story of sahel sounds