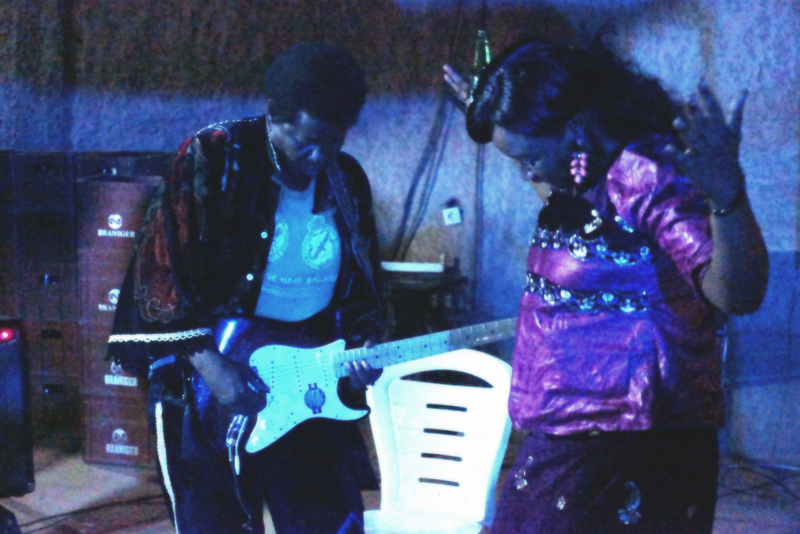 Mona is an imposing figure. He once stood much taller than he does today – age has taken it’s toll, and he walks slowly, slightly hunched over. But when he steps out of the shadows in a purple frilled jacket and pants to match and sporting the same afro he’s worn for decades, Mona is timeless. And then he begins to play. Mona is a demon with the guitar, playing noisy trilling solos, lifted from the Jimi Hendrix catalog, that soon degrade into shredding improvisation. After the ends of his song, he continues to dance over the frets of the guitar into a tangle of feedback and noise. The phrase “Hendrix of the Sahara” is used by music PR and journalists to make tenuous links to anyone from W. Africa that plays an electric guitar, invoked so often to be utterly meaningless. This may be the singular case it is warranted. Mona’s music is “unlike” anything in Niger, unlike anything in West Africa, perhaps on the entire continent – and the most reminiscent of the Voodoo Child.

Mona is something of a legend. Mona formed his first group in 1970 (“the Crocodiles”) followed by what today stands as one of the oldest orchestras in Niger: Azna de L’Ader. Known for their very specific and very Hendrix inspired psychedelic rock, Azna is the legendary group that everyone in Niger knows about, and no one outside of the country has ever heard of. I’d heard stories of Mona for years – “he plays the guitar with his teeth!” – not without a certain reverence or fear. After watching a ridiculously intense YouTube performance from the late 90s, I decided to travel to Tahoua to meet with him. 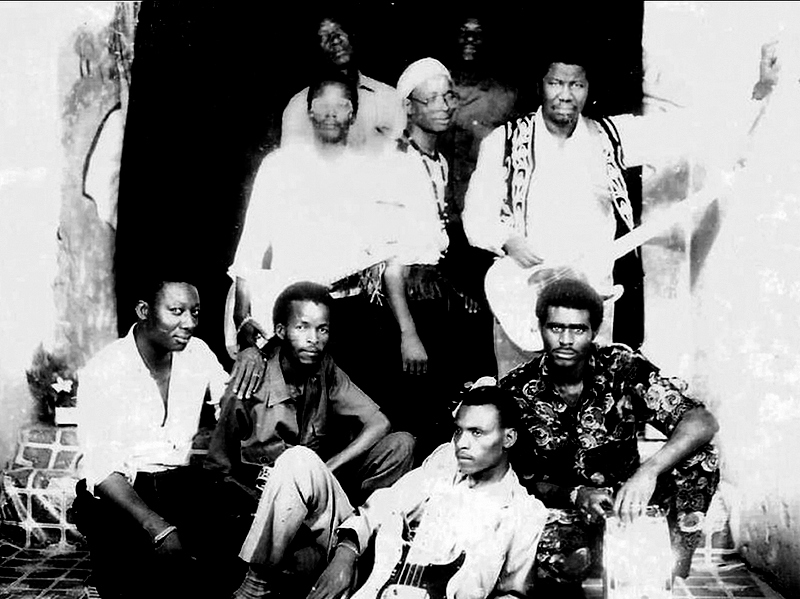 Mona (real name: Abdoulaye Bouzou) is part of the milieu of the Niger’s “first generation” of modern artists (a genre aptly titled “musique moderne nigérienne”) – alongside other famous musicians like Ali Djibo, El Hadj Taya, Mamman Garba, and Mamman Sani Abdoulaye. Most of this modern music came from this upper class; the aforementioned were all teachers, professors, and governmental officials. “It wasn’t music for everyone in town, but for other officials,” Mona explains. Although the group rose to prominence in the 1970s and 80s, they remained largely a local phenomena in the region of Tahoua. “There was no studio – that was why people played for a long time without recording. There wasn’t an idea to record and sell music. Before it was just the radio or the television [making recordings]…if the wasn’t the TV that passed in the region, there was no chance.”

Imitation being the sincerest form of flattery, Mona’s group Azna de L’Ader played a mixture of popular music that came in from abroad, both from Europe and the West: “Since our childhood, we listened to lots of Western musicians….Johnny Holliday, Chuck Berry, Little Richard, Eddie Mitchell, Elvis Presley.” On equal footing was Benin’s Polyrhythm de Cotonou. “They were real musicians,” Mona explains. “We were the same age, but they started before us….[as Muslims] we didn’t make music, it wasn’t allowed. But they learned in the Church. They learned the guitar, the drums. They made gospel music.”

Incidentally, the name Azna refers to the pre-Islamic animist religion, still practiced in Niger. The oft mentioned Bori, notable for their ritual spirit possessions are a well known sub-group of the Azna. While Mona’s music flirts close to the hypnotic Bori possession music, it is also most definitely rock. For Mona, the two are not mutually exclusive. Rather than Hendrix influenced rock, it may be the other way around. “When the Europeans took blacks as slaves in the US, our ancestors who went there brought their culture with them. So they mixed their music with modern instruments, and they created the blues, and that invented rock n roll, rhythm and blues, jazz, everything. The blues comes from here. We sing, we cry, and it brings you just into the trance. We make Bori, we do Voodoo. Our ancestors brought this to the US. Little by little, it took in everyone.”