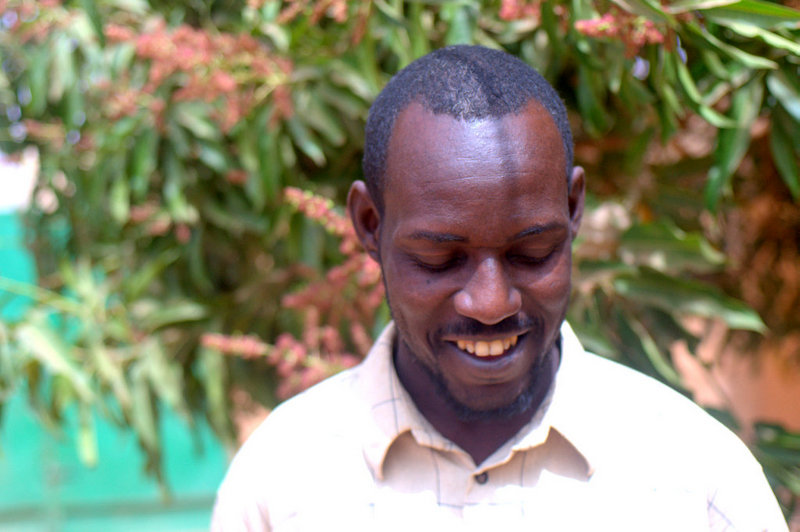 Recently in Niamey, I met up with Hama, keyboardist and electronic music composer (previously, more previously) A few months ago we released an EP of Hama’s recordings, a collaboration with Boomarm Nation. Recorded locally at Flow Wolf Studio “Imidiwan N’Assouf” was remixed by Portland based Gulls and Istanbul’s El Mahdy Jr.

We meet up to talk about future directions and exchange musics. We trade our respective remixes and other media. Hama plays me one track he’s been working on. In the track, a rapper spits some mediocre bars over a custom instrumental. “This is a rap that comes in Fruityloops,” he explains to me. “I put it on to see how my beat pairs with the voice, and when it sounds good, I take out the rap.”

Hama’s music continues to standout in Niger, primarily for this reason. His music is electronic but strictly instrumental. While there are certainly electronic musics happening in the Sahel, most of these are elements in larger compositions: the hi-energy backing instrumental of a hip hop track or coupé décalé inspired dance remixes. Instrumental electronic music in Niger is rare. Following in the vein of Mamman Sani Abdoulaye (the two have met, but never collaborated), Hama is the proverbial next generation, ideally, one who will get more attention than his predecessor from the Niger public.

Composing in Fruityloops, his computer compositions aren’t arranged. I’ve downloaded Ableton onto his Macbook and brought a small midi controller, to facilitate the painstaking work of composing melodies with a mouse. For the time being, his electronic compositions have a similar live element to them. Layers are unmuted with a mouse click over the bars, slowly building to a crashing momentum. One exception with some minimal arrangement is titled “Baoura” – a work in progress:

In the meantime, until the electronic avant-garde expands in Niamey, Hama continues to play his signature Yamaha PSR-64 in weddings. With such a wide distribution across cellphones, his compositions are firmly established in the musical repertoire of Niger, albeit outside of the official means. “They love my music, there is something about it. Especially the old people, it makes them travel far in their minds.”

herdsmen of the nescafe