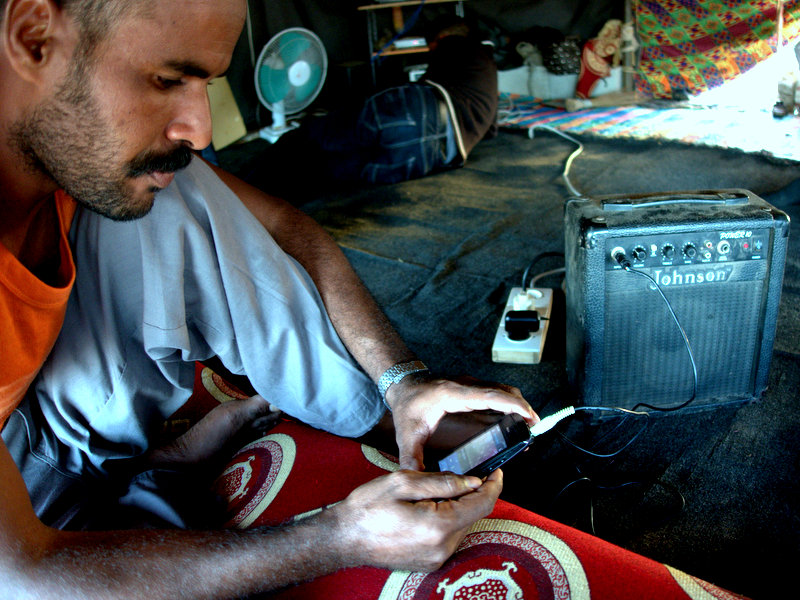 The sand in Mauritania always carries the scent of the sea. You can tell you’re far from the iron-rich dust of Timbouctou. Sitting under a tent in a wide empty space of sand and brush, dominated by hulking concrete half finished mansions, I meet with Tuareg guitarist and longtime collaborator Abba Gargando.

I first met Abba after hearing a grainy cassette playing outside of Bassikinou. Over the years we have met various times, though always near his home. This time, we are in Nouakchott, Mauritania. Abba had been here for over two years now, living between here and refugee camps in the east. Ex-military, he now works as a guardian, moving his family and tent outside the houses as they are being built to scare away would-be thieves.

While we are talking about “what to do next” he plays me some songs he has recorded on his cellphone. A drum machine clicks out a rhythm, while he strikes out the notes in mechanical time, singly softly. “I recorded this on my cellphone in the camps,” he explains. “It was night so I had to play quietly.”

We decided to piece together an album. The recordings are lo-fi – but so is Abba’s entire oeuvre; he is known today because of his music on cellphones, playing through the tiny speakers. The album could be a sort of homage to the cellphones recordings and listening, recorded by Abba. Unfortunately, he only has a few recordings on his phone, so he suggests to regroup all the youth from Timbouctou. 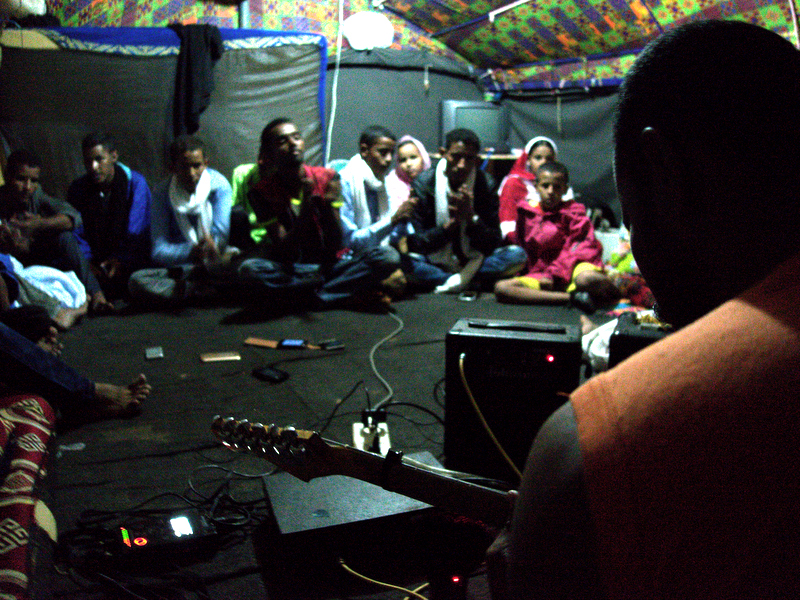 That night, he organizes a small gathering. We collect songs from the cellphones of Nouakchott’s Gargando-in-exile. There are hundreds of mp3s – recorded in festivals in Timbouctou, weddings in Nouakchott, or small informal sessions like tonight. Abba rewards the group with a few hours of guitar. When he starts playing, they switch on their phones, start recording and throw them onto the floor.

I have no chance to listen to all the music until later, on the other side of the world. I make a selection and check with Abba. Five years prior this would have been an arduous task – playing the songs over the phone connection, waiting for an SMS with the correct spelling, repeat. But times had changed. I send him the files over WhatsApp, to which he replies, identifying the songs and altering the tracklist to his choosing.

His final record hints and what will likely be the next phase of artists control over their own work, as it translates into the West. The role of record label/blog/writing about “the other” is as a mediator between cultures, but rife with problematic issues of representation and exoticism. Holding to task the most exotic ethnography and offensive ‘world music’, it may be simplistic to think we can cut through decades of misappropriation with technology. But it does suggest the increasing role that artists may have in their creation and representation abroad – the Western mediators saying less because it’s already being said.