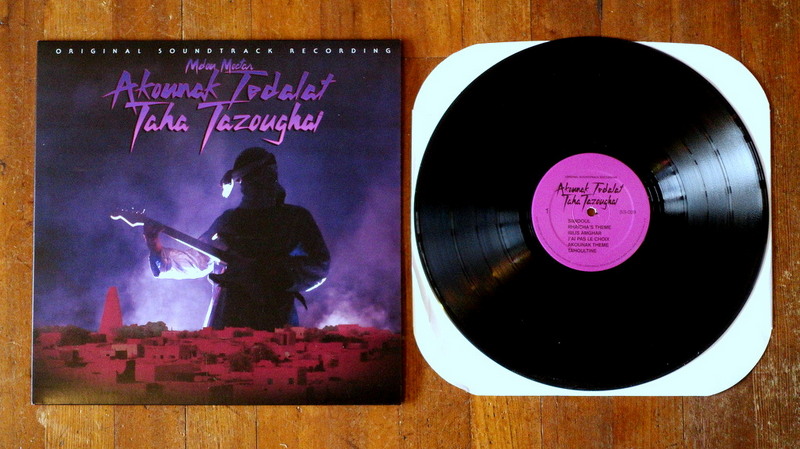 Akounak Tedalat Taha Tazoughai or “Rain the Color Blue with a Little Red in it,” is Mdou Moctar’s feature length fiction film. It is largely a musical film, and like any musical film now has a soundtrack – featuring new compositions by the band, in what is effectively their first studio album.

The music for Akounak was recorded over the past two years. Some of the acoustic pieces were recorded on the fly, spontaneous sessions during pre-production. Other songs were recorded during the shoot itself. Some of the instrumental music is a result of running out of gas in the bush and toying around with a portable amplifier under a tree 20 kilometers outside of Agadez. The songs with the full band were recorded in Marseille at L’Embobineuse in single takes. The soundtrack was mixed by label mate and frequent collaborator Jesse Johnson of Boomarm Nation.

Akounak Tedalat Taha Tazoughai OST is now available on vinyl from the shop and digital via bandcamp.