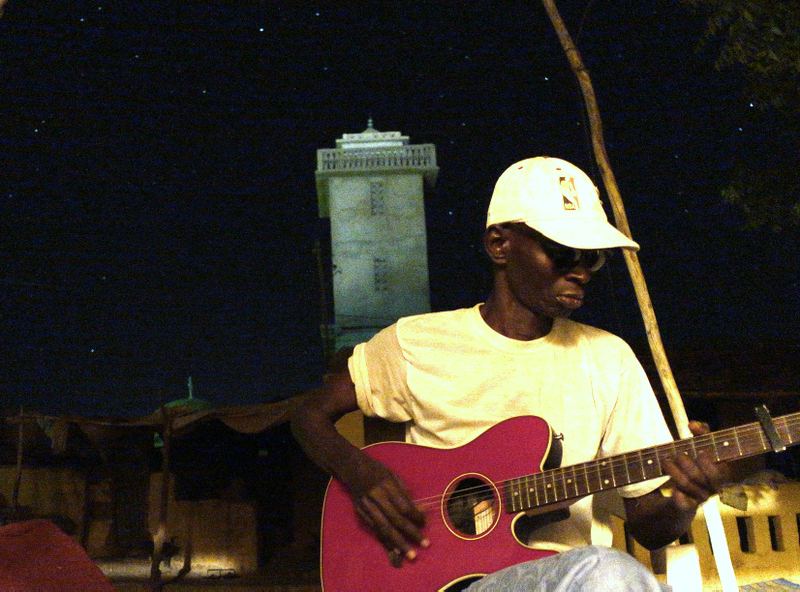 On the last visit, in the fall, we spent a few days in Podor, a small colonial town that sits in the interior of Senegal on the banks of the river. It had been about two years and everyone was a bit older. A few people had passed, and a few more had been born. The city itself was more or less the same. Horse carriages crowded the center of town, coming in from all the surrounding villages on market day, but otherwise, it was slow and calm. Like the river, Podor always seems still, and you have to look closely to see that things are moving.

Tidiane Thiam, solo guitarist and folklorist of the group Lewlewal (previously) had his first child during our stay. He was a father of an only few days when our departure arrived, but we managed to do something I had wanted for years – some simple instrumental recordings of himself and the guitar.

Tidiane is an artist and folklorist. An autodidact in the truest sense, he learned to play the guitar by listening to radio broadcasts late into the evening. He sometimes makes art, strange paintings of hands and symbols, and for many years he worked as an intern under the famous Podor portrait photographer, Oumar Ly. He plays guitar in the style common to Fouta Toro, influenced by Guinean styles – Hal Pulaar folklore guitar, made famous by another Podor resident, Baaba Maal. Most of the songs are played with “double gamm,” a doubling of the notes. Nearly all are played in major scales in standard tuning. The music is nostalgic and pensive, very different from the pentatonic scales associated with the desert. A little more green, perhaps.

It was our last night when we finally had a chance to record with Tidiane, and he played songs until the very early hours. Lewlewal means moonlight, but this night there was no moon, only stars.