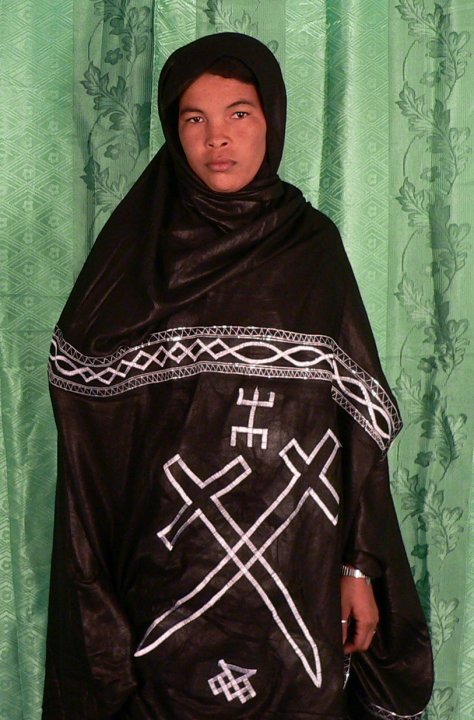 Isswat, for lack of a better word, is what people have the habit of calling this particular music from the desert. It’s a style that like many things, seems to be localized and specific to one particular region of the world – a tiny circle of Azawad, North of Mali, in the Adrar D’Ifoghas. The Adrar is desert, but instead of the Sahara of dunes, it is a landscape of vast open sky, wiry bushes and twisted trees scattered across a surface of parched earth. There are low mountains, rendered spectacular in the otherwise planar landscape. In comparison, they seem enormous. It is nothing like the mountains of Air with mountaintop villages and citrus filled oases, but there is a rugged beauty to the emptiness and repeated motifs that you can name and comprehend – seven types of tree, three types of bush, three type of wild animal, four directions. But innumerable starlight.

Isswat comes from here (I’ve spoken of the music before 1, 2) Musically it consists of what a friend calls “the four elements”: singing, clapping, stomping, and drumming. There is always a woman singing a melody that dances over a constant droning hum that is maintained by a group of young men, each picking up the spaces when the other one takes a breath.

There are few recordings of Isswat. Perhaps some exist in archives somewhere. Two very unique recordings, certainly the only studio recordings of Isswat, were made at a small studio in Kidal in 2008. They were released on cassette and CD, sold locally in Kidal, and distributed via mp3 on memory cards and cellphones. A few years ago, the first cassette by Idassane Wallet Mohamed was reissued. This is the second one – recorded by a young woman from Adrar, Fadimoutou Wallet Inamoud.

This time, we were able to translate the songs, courtesy of Ibrahim Ag Mouhamadine, a Tamashek speaker and Portland resident, and researcher Nadia Belalimat. Translation is an art, and nowhere is that more apparent than translating from a distinctly different culture. My contribution was clarifying some words and cleaning up grammar. Since there is no objective translation, these err on literality, and may read as cumbersome. They demand a certain acceptance, a willingness to be baffled and confused, and suggest the path to profound understanding is not just in language, but culture itself.

In one case, we struggled with the translation “tarha n ibliss” which literally translates to “love of the devil.” In Tamashek, this is the term for romantic love, as opposed to the “pure” love for one’s family. However, calling it simply “romantic” would be stripping away all of the structure and poetry of language. In the end, the translation reads as “devil’s love,” so as not to confuse the reader that the singer is praising the devil. Such are the difficulties of translations.

One thing is sure – the songs here are all about love, and are full of the passions and follies of romance. However, while it is easy to envision these songs as archaic poems of the desert with imagery evoking tradition, they are firmly contemporary. There are lines that compare beauty to a Toyota 4×4. There are lyrics that compare love to Kalashnikovs. Heroism and power are illustrated by comparisons to the “Americans who came looking for Saddam Hussein”.

I’ve written before about the two worlds, that of the small cities and villages and that of the bush. There are vast differences between the city and the bush, but my interpretation has always been filtered through the lens of language – the cities, with French speakers that I can understand, the bush with Tamashek speakers that I cannot. It is clearly more complicated than a division of language. But there is certainly a two world dichotomy at play. In the global movement of people from rural to urban lives, there is no more striking example than trading a nomadic tent for a house. There are too many differences between the city and bush to name, but suffice to say that in the camps, there are no guitars. There is only music, or for lack of a better word, isswat.

The reissue of Fadimoutou Wallet Inamoud’s 2008 cassette is now available on bandcamp and vinyl.