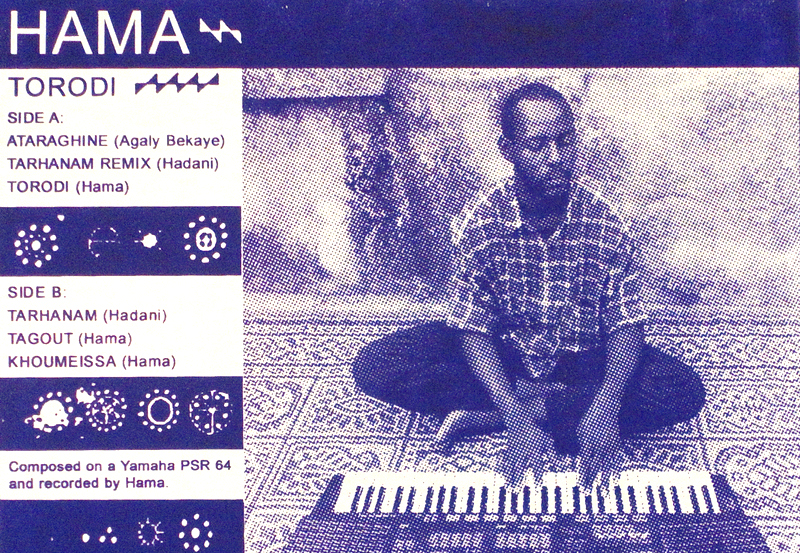 Torodi, the new release from Hama is now available on vinyl and digital download. Compiled from tracks collected across Niger over the past few years, the vinyl release features hand drawn artwork by well known Nigerien political caricature artist Abdoul Karim, beautifully designed and screenprinted by Corum, limited to 500:

“Hama is a multi instrumentalist and electronic synthesizer composer from the Republic of Niger. His music has enjoyed wide acclaim throughout the country through his underground releases of unlabeled digital recordings on memory cards. Creating at the convergence of disparate influences, such as North African instrumental synth, Tuareg tishumaren, 90s Nigerien Hip Hop and second wave Detroit techno, Hama composes music that is futuristic and rooted in tradition, transmitting Tuareg guitar into the 21st Century.”

You can grab the vinyl here at the shop or stream/download at bandcamp.