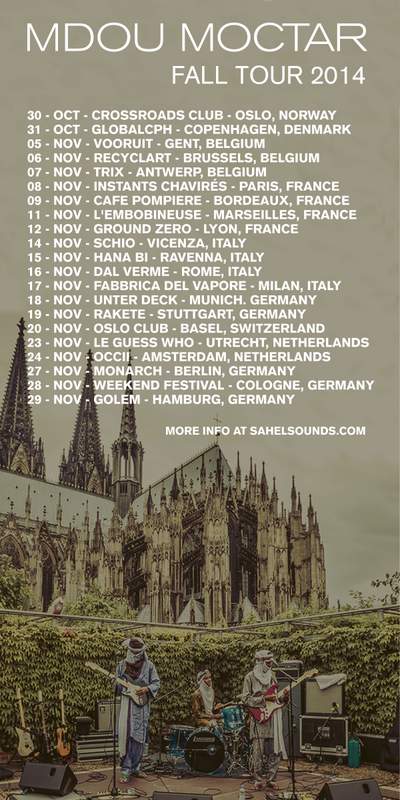 Fresh off the last tour, Mdou and the band are planning another one, with stops in Norway, Belgium, Germany, France, Italy, and the Netherlands. I wont be joining them, as I’ll be back in the Sahel with the crew of Not Just Phones. Expect many updates from Niger as we wander around listening.

One of the more difficult aspects will be setting up a European tour from Niger. When internet is spotty, something as simple as printing a document can take a full day’s work. As aggravating as the process is, it may illustrate some of the problems of the digital divide, and the implications in the world of visas and (post) colonial bureaucracies.

In the meantime, here’s a new short teaser for the upcoming film: