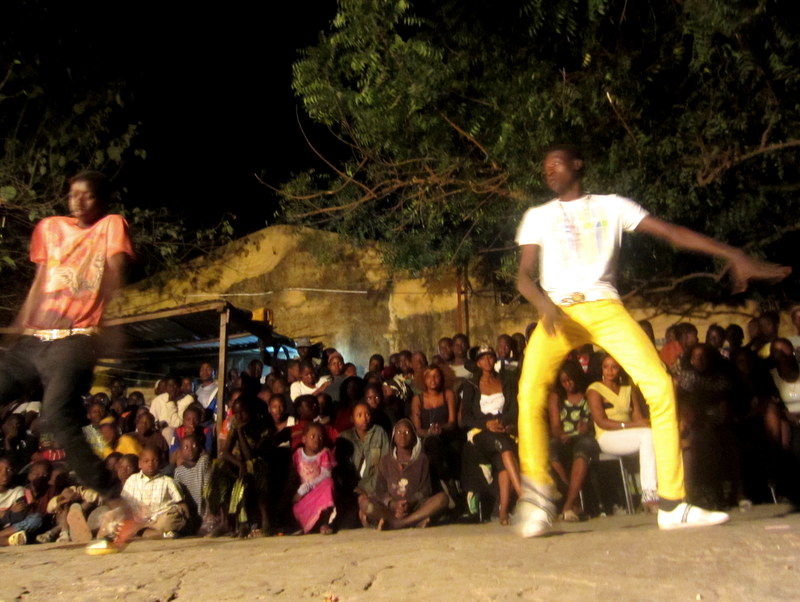 In 2012, I traveled to Bamako to research “Balani Shows,” sound system block parties with a dancehall vibe that feature Malian electronic music. A frequent occurrence throughout residential neighborhoods (particularly during school vacations) I had stumbled across them over the years but had never paid much attention. Internet research was a dead end, besides a few Youtube videos (though one documentary trailer seems promising). Over a few weeks in Bamako, I met with DJs, scoured the mp3 market for remixes, photographed, filmed, and even threw a few Balani Shows of my own (vimeo link).

A Balani Show is a public street party organized for a myriad of reasons: a birthday, a wedding, a baptism. The mobility means that it often happens right in front of the house. DJs install massive speakers and hundreds of chairs to encircle the “show.” Music begins in the early evening as the block fills up with hordes of seemingly parent-less children wandering about. After a pause for evening prayer, the real Balani Show begins – the little ones pushed aside to make way for the adolescents and teenagers. Dressed in loud combinations of neon hats, dark sunglasses, and colorful sneakers, they come for the spectacle and participation: dance battles, performances, comedians, party games, fashion contests, and some acrobatic, limb twisting, hyper-stylized choreography. The MCs direct the action, bouncing about the improvised stage with wireless mics while the DJ cues up tracks with a laptop and Virtual DJ. Balani Shows play danceable, high energy music – Coupé Décalé, Kuduro, and Hip Hop. But most of the music is Malian. Samples of Balafons cut up over pounding electronic beats, recognizable Malian hits remixed as unofficial bootlegs, and fast-paced Bambara rapping over insane djembe rhythms. For some reason, there are lots of samples of bells and whistles. 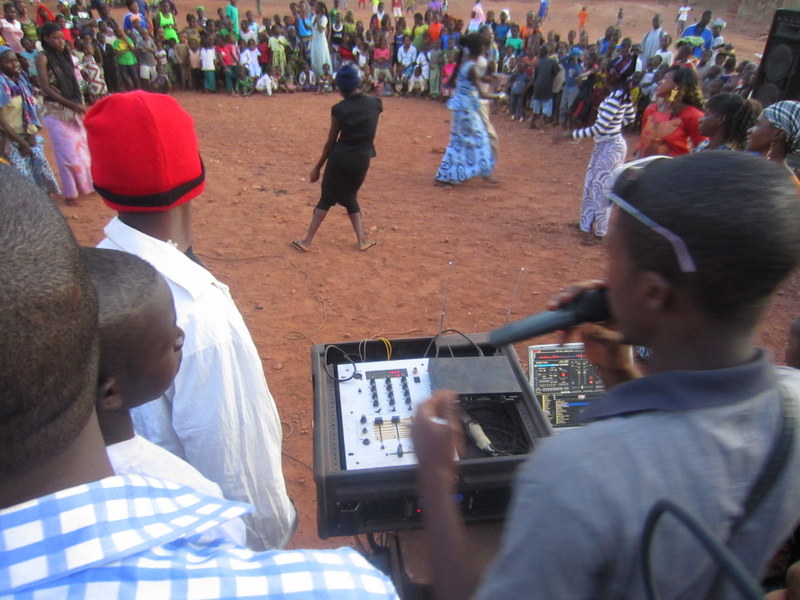 In fact, the music of the Balani Show – colloquially known as “Balani Show” or “Ambience” – hints at the origin of the party. While many individuals lay claim to the creation, the Balani Show as music style seems to have emerged around the late 90s/early 2000s. Balanis (literally “little Bala” or “little Balafon”) had long been organized in the villages, particularly in Southern Mali. These village parties were much the same in style, but instead of DJs, featured electrified Balafons. But Balafons and Balafon players were expensive. The same DJs who rented out sound systems began to offer a cheaper alternative, Balani Show sans Balafon at a fraction of the cost, playing prerecorded Balafon music from cassettes. The phenomena caught on, and soon someone introduced a pair of CD turntables. With this latest innovation, DJs had a new ability – to remix and compose their own tracks, updating Malian music and overdubbing it with the signature Coupé Décalé rhythm (check this amazing digital compilation of Balani Show remixes) Using rhythm boxes and samplers, these “Balani Show” creations began to circulate – informing a new style of electronic music, a sort of “Malian Coupé Decalé” founded in the origins of traditional Malian Balafon.

Today the “Balani Show” continues to evolve and mutate into something new. While in Bamako, I saw many CDJs gathering dust and it appeared that many if not all DJs have switched to laptops, the preferred tool for performances. The task of remixing has been handed off to an army of anonymous bedroom DJs and producers, songs loaded and distributed by cellphone and PC. Any number of these “megamixes” can be found at cellphone markets or playing on the radio. But most interestingly, the Balani Show phenomena has spawned innumerable new musics by a generation that grew up under the sound system. These homegrown productions sample Balafons and have that distinct sound of the remix – but they are original creations, not remixes. Songs are sung in Bambara and are based on traditional rhythms. While this new music is undoubtedly modern, like the Balani Show parties it too pays homage to an ancient tradition. It reveals a different narrative of the old vs new – and suggests that maybe the best way to preserve culture is by reinventing it, keeping it modern and relevant in a faster world.

The new Balani Show Super Hits compilation includes music from over a decade of Balani Show – from early musicians like DJ Bamanan and DJ Balani to the contemporary stars like Kaba Blon and Supreme Talent Show (both whose tracks were produced by the Sidiki Diabate, son of the legendary Toumani Diabate). The vinyl available at the shop, as well as through bandcamp. It doesn’t come with liner notes or photos, but with a glossy digital low-fi jacket that lies closer to what I imagine it would look like if it were released in Bamako. If you want to play it for that distinctly Malian feel, a very loud volume is recommended.