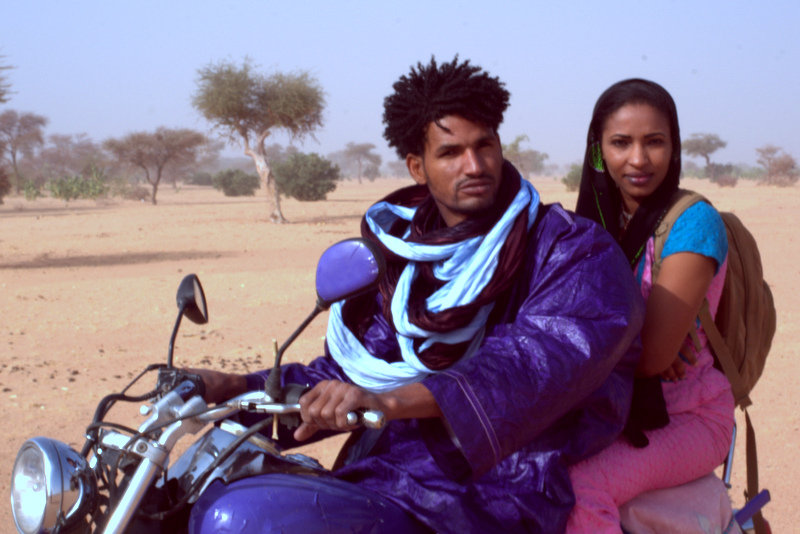 Before the Kickstarter finished, we left for Niger to shoot the footage that will eventually become the film “Akounak.” The windy season was fast approaching, which would be followed by a blistering hot season, followed by torrential rains. We acted quickly, shooting at breakneck speed over a mere ten days.

Work began immediately as we arrived in Agadez. There were a litany of problems that plagued us throughout the shoot – none of which are unique, as I’m assured they occur in every film production. But this particular project came with a caveat. The story was intended as collaboration and everything was subject to constant revision with input from cast and crew. Sets, designs, clothing, actors, and even the story itself was constantly rewritten during production. One scene calling for a marabout using evil gris-gris against the protagonist was deemed too controversial, and no one wanted to read for it. A hug was equally scandalous. Our lead actress stipulated she had to dress in brand new clothes and full makeup anytime she was filmed. As such, her character was rewritten to be very rich, with expensive habits. 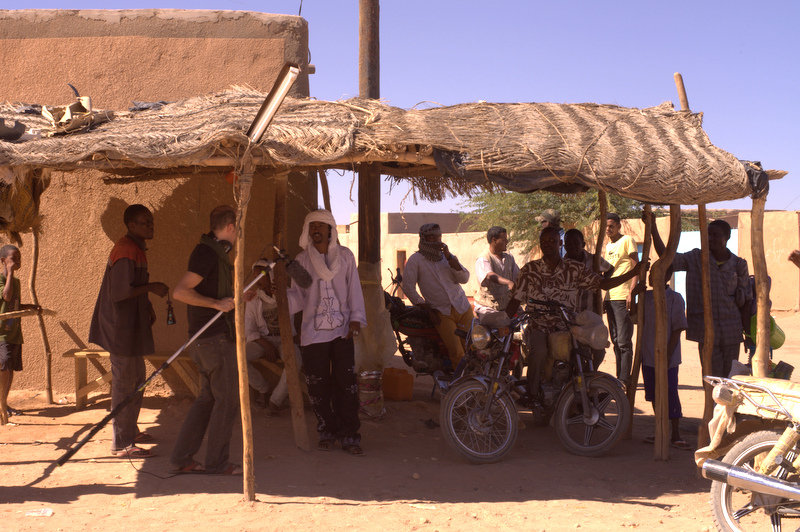 Agadez is surrounded by Tuareg communities, but the Hausa language dominates, and by extension, Hausa film. Besides the more interesting aspects of the Hausa-Bollywood connection, Hausa films are stylized in their own manner. They are censored for controversial subject matter (both by filmmakers and an actual board of censors) and the stories unfold in soap opera settings. The protagonists dance through fancy houses with new furniture, beautiful gardens of manicured grass, and expensive neighborhoods with paved streets and luxury cars.

The tendency towards the luxurious was a common theme throughout the production. Often, locations did not correspond to my vision. When a house was deemed too small, we moved to a bigger one. When a sight was deemed unsightly, we covered it up. When children ran into the street, they were told to clear out. The day to day realities – the corner dusty boutique, the donkeys milling about dirt streets, the blown out amplifiers and bricolage guitars – were not considered the cinematic ideal. The scenes were not wholly natural, but artificial and idealized. Actors wore their best shirts and dresses. Sets would be cleared of all debris to appear flawless. Locations were chosen for their paved roads and new buildings. Once I tried to shoot a cluttered street of dirt and mud, trickles of sewage winding out of houses onto the road and garbage strewn about the alleyway. “Not there,” Moustapha said. “That’s dirty. Why would you shoot that?” It was a legitimate question. Equivalent, perhaps, to a Tuareg filmmaker coming to Portland to make a film about the noise scene, and stepping into my bathroom. While I had imagined that a film could both be a fictional tale and convey the ethnographic glimpse into the realities, the shoot seemed to lead us deeper into an ethnographic fiction.

While the film has just finished shooting and much work lies ahead in the laborious editing process, it remains to be seen just how much of “the real life” Agadez will come through. A better question to ask is whether it should. In adapting a film to Tuareg culture, we were not only re-creating a story, but adapting Western cinema itself. Relenting creative control of the project to the new representations that arrived was difficult at times, though necessary to create art that could exist outside of Western audiences. Perhaps where “Akounak” refuses to revel in the exotic culture of Agadez, it is also denying to film with the eye of the outsider and can speak much more eloquently about local fictions, idealized visions, and what Tuareg speaking cinema might look like.