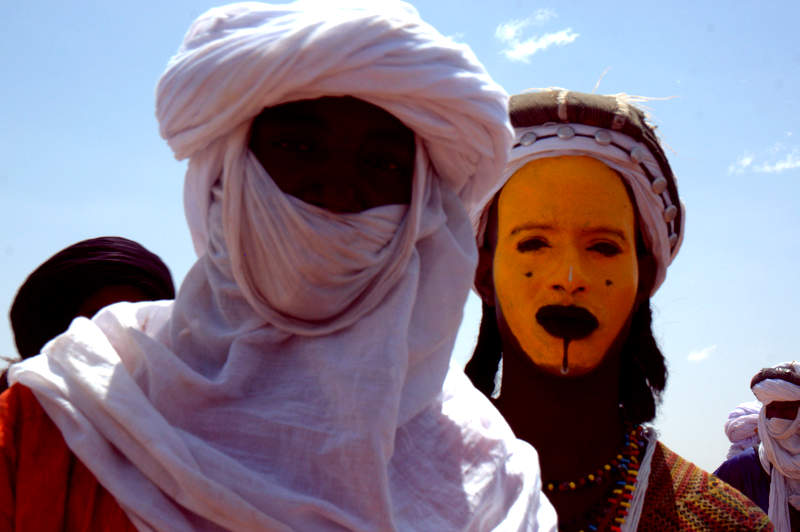 The Cure Salee is a yearly event in Niger in the town of Ingall, an hour outside of Agadez. The event marks the occasion when the nomads come to let their animals drink the local water, supposed to possess certain qualities. To us, it just tastes salty. The “official” festival is organized by the state, one of the hundreds like it. At the main event, there is a small stage, speakers, seating for the nobles, camera crews and loads of “local” tourists – Nigeriens from Ingall, Agadez, Air, and even Tahoua.

During the official event, there is another Cure Salee happening just outside. Crowds are gathered around watching the Gerewol (the “official” Gerewol will be later, in December). Circles of Wodaabe men are dressed in ornate fabrics, ostrich feathers in their headdresses, with faces painted in yellow. It is this activity that the Wodaabe are most known for – perhaps the only thing they are known for in the West. If Tuareg guitar has done something to change and modernize the image of the Tamashek, the Wodaabe are still defined by this image. 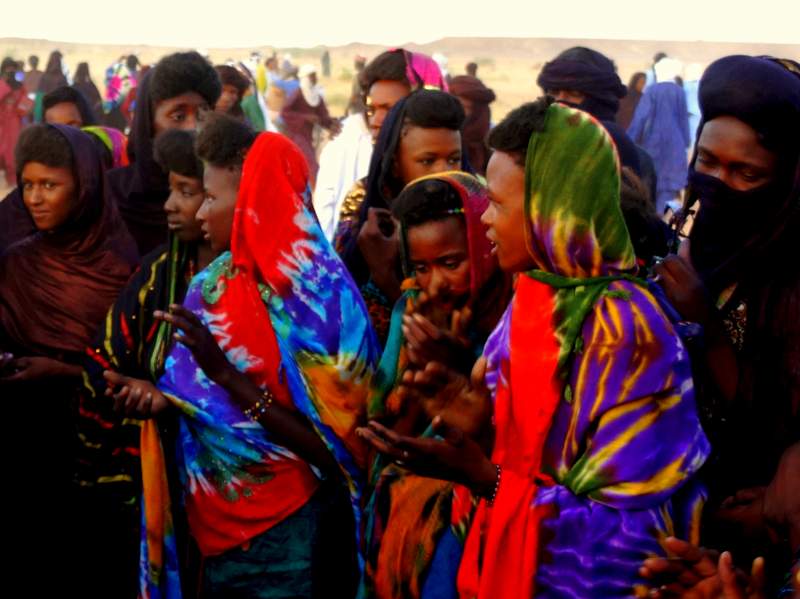 “Gerewol is really just a village tradition – something the kids do a night,” a friend explains. During gerewol, the men gather in an inward facing circle, that slowly grows in members and expands. Tall and thin, in traditional costume (though a few young men are wearing cowboy hats), they stretch up and down, widening their eyes and mouths, showing their teeth. The music is directed by one singer, joined by others humming in a single note. Young girls walk around, turning on flashlights, looking at the legs, the clothing, the faces. There are many circles, we move about them like planets, each Gerewol circle closed to enter, all of the spectators standing on the outside. Over the tall figures of the singers, it’s hard to see what is happening inside.

On the last night of the Cure Salee, I happen upon the music of some Wodaabe women singing. Gathered in a circle as well, led by a woman named Halima who sings the refrain with a chorus answering her voice, it’s hypnotic but again, so completely foreign. I join in with the crowds of cellphone archivists and journalists from Niger television. Obligated as I may be to stand outside of the circle, I finally decide the best course of action. I take my digital recorder and throw it in the center.