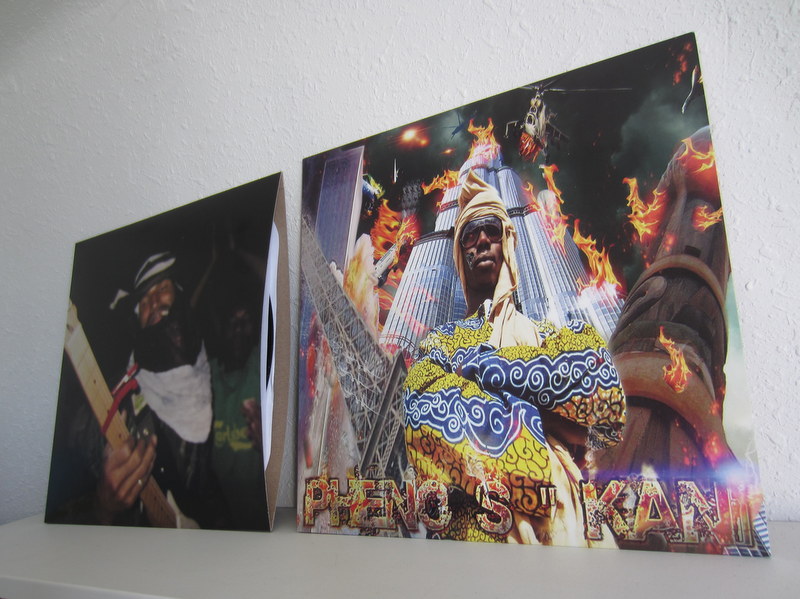 The mixtape of Music from Saharan Cellphones has been made into two vinyl records, but the momentum continues and two of the featured artists now have full lengths of their own.

Mdou Moctar, known for his autotuned anthems – the Hausa film interpretations of Tuareg guitar – has dozens of his own compositions. In 2012, I visited Tchin-Tabaradene, Niger to meet with Mdou and record. The resulting LP captures some of the highlights, from the electrifying wedding parties to mellow acoustic love ballads. Titled after the Tuareg warrior Afelan, a celebrated historical/folkloric hero of the Azawough of Western Niger (also the subject of one of Mdou’s songs), this is Mdou’s first and only release.

Pheno S. is of a very different school, one of Gao’s most popular rappers. As the first ever Mali Hip Hop on wax, Pheno is hardly representative of the country, but creates homemade and self produced village Hip Hop w/ Autotuned vocals, Fruityloop beats, and unconventional, yet somehow perfect, song structures. I visited in 2012, and downloaded the songs from Pheno’s cellphone, which were then remastered for vinyl. The jacket image of cyborg Pheno S. taking over the world pays homage to Pen and Pixel in an original Malian design by Prinsco Fatal Bass (previously featured in Sahel Digital Art expos).

Both albums are available via digital download on bandcamp or vinyl via the Sahel Sounds shop – or at your finest record retailer.

*a special thanks to Salym Fayad, journalist and photographer who was in Gao recently and snapped the source photos for the jacket