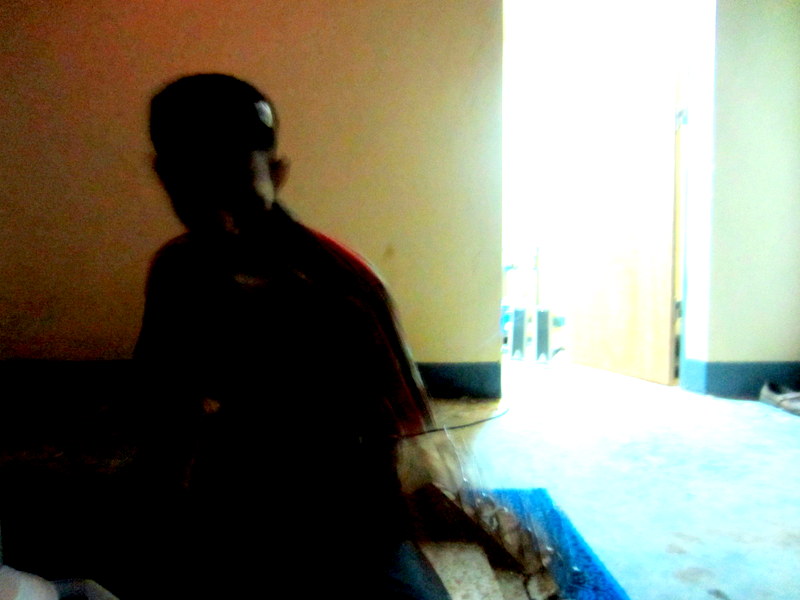 Guitar music in Niger is curiously distant from its Malian cousins. Looking at a map of the Sahara and following the roads, it makes sense – though the two countries share a border, the respective capitals (Kidal, Agadez) are often reached via a circuitous route, North via Algeria, or South into the Zirma speaking Niamey. One distinction could be that Nigerien guitar is faster, or that it has as many as four chord changes, or that it sometimes uses an alternate tuning (G-B-D-G-B-E). Another is that each country is informed by a different godfather. While Malian ishumar guitar traces its roots back to Ibrahim from Tinariwen, Nigerien guitar pays homage to Abdallah Ag Oumbadougou.

While I neglect to make it as far North as Agadez, the capital of guitar in Niger, in Niamey I meet with Mohamed Karzo, nephew of Abdallah Ag Oumbadougou. Mohamed is a young guitarist with a group in Agadez. And though one gets the impression there are hundreds of such groups, guitarists are quick to point out when they have their own compositions – a rarity in the folkloric music where even new songs tread sonically very close to older ones, a quality perhaps of a finite number of solos over chord changes. Too dark for photos and without acoustic instruments, his electric guitar is plugged into a pair of speakers fixed in another room. We simply turn up the volume, and Karzo sings one of his songs, followed by, of course, by one of his uncles.