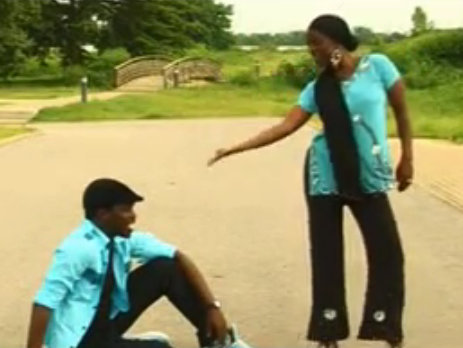 Bollywood, the multimillion-dollar industry of Hindi film, has a presence in the most far-flung corners of the world. The prodigious output of musical film is second perhaps only to martial arts (more on this later). Nowhere is this more apparent than in the North of Nigeria, where audiences are not content just to watch films but created an industry of their own, modeled on Bollywood. (previously and more previously)

There is something in the story that invokes the cargo cult – the influence of culture from afar: Hindi films are imported in the 1960s by Lebanese traders and have a huge resonance with Hausa Muslim populations. Successive generations grow up in the shadow of Bollywood, watching films, singing songs, and even learning Hindi. Decades later, when the Hausa begin to experiment with film-making, they naturally turn to Bollywood – copying style, plots, and songs. Soon, an entire industry is thriving, modeled on Bollywood – replete with choreographed dancing and syrupy love ballads.

The cargo cult metaphor is not without its problems. North of Nigeria is not an island – Kano, the center of today’s Kannywood, is also the center of commerce, an ancient city of trade for the entire Sahara and Sahel. And more importantly, there is not the power difference of the cargo cult. The impetus to invoke this metaphor suggests a trend in the narrative. Cultural influence is often portrayed as a one-way flow one, pouring out of the Western countries and inundating the developing world – dropping artifacts on little-isolated islands, where the natives puzzle over their workings. The scattershot of cultural exchange, where trends or styles are adapted because of some unexpected resonance or similarity are more common than top-down cultural imposition. Abdallah Adamu refers to these as “transglobal flows.” Examples in contemporary music abound Cuban Salsa in Benin, Jamaican dancehall in South Sudan, or Chutney Soca in Trinidad. The old channels of communication follow the same routes of their predecessors, whether borne of colonial legacy or diaspora movement but are filled with the products of new media and exchange.

In 2012, we traveled to Kano to research and curate a release of Hausa film music and meet with the film stars, directors, and musicians in pursuit of this Bollywood theme. And it’s true that even today, you can still watch a Bollywood film at the old cinemas of Kano every Friday. Yet when posing the question of Indian influence, artists were quick to distance themselves. Today, Kannywood thrives as an entity apart from the old Bollywood films. Contemporary soundtracks are a sound that is both unique and stylized, with over the top Autotuned vocals and rhythmic pulse of programmed drums and hi-hats (the signature sound – this is where Mdou Moctar recorded his demo). 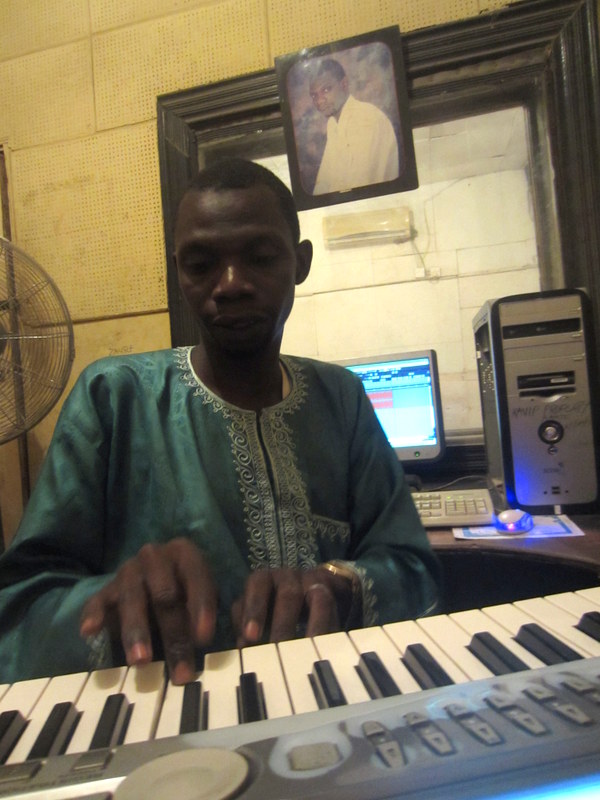 While long captivated by Youtube clips that showcase Bollywood style dance, after traveling to Kano it became apparent that the music has forged its own style and a prodigious output of its own. In the age of digital compositions, most artists did not have original masters, and often entire songs had been erased from history. Musician Abubakar Sani, when asked about how many songs he made, told us “5000, 3000 of them hits.” Of these 5000, we could only find about one hundred. Today’s Hausa film music is its own entity and sound – one of the many genres thriving in a globalized world and a strong argument against the perceived homogenization of connectivity, which after all, has always existed.

“Harafin So: Bollywood Inspired Film Music from Hausa Nigeria” is now available on LP and CD from Sahel Sounds and Little Axe records. Grab a copy at the shop or from Little Axe. Also available at Bandcamp.

And very special thanks to Carmen McCain who helped make this whole project possible! 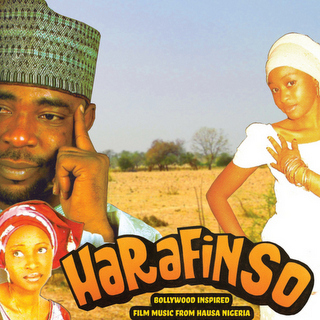