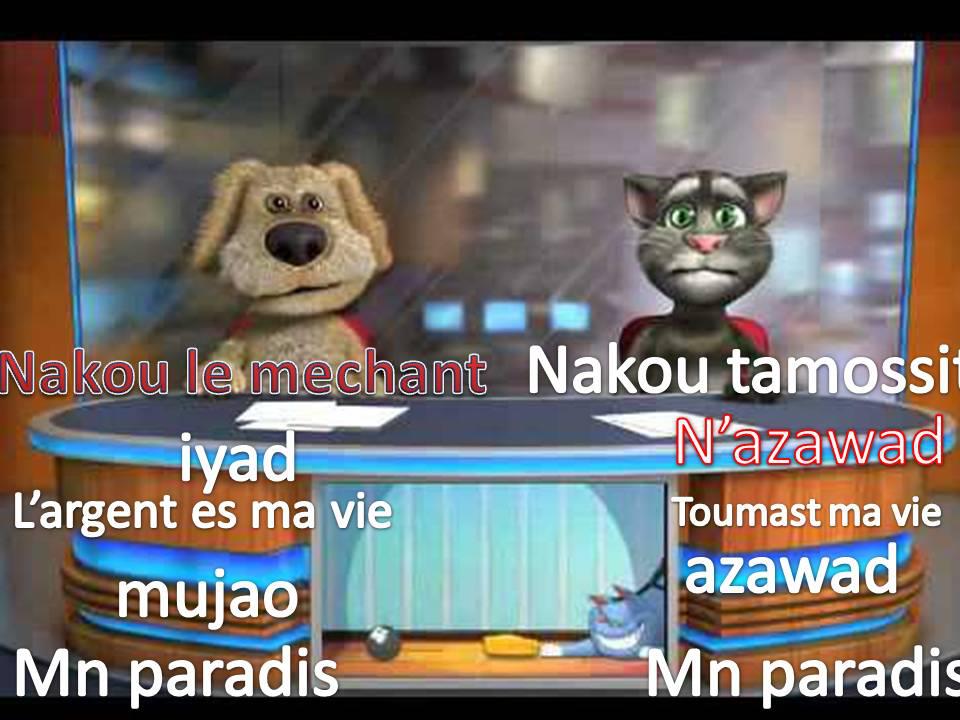 In the past year, the Northern portion of Mali slipped into chaos, leaving it without military or law. Islamist militants with a bad habit of kidnapping Westerners took control of the cities, and even the most dogged reporters beat a hasty retreat to the capital. Western media empires constructed around the need to report instead turned to the internet sources, cellphone photos, and cryptic utterances on Facebook walls. Timbuktu was again the fabled city of Caillié, a closed mystery that not even the combined forces of CNN, BBC, RFI, and the mighty Al-Jazeera could penetrate.

It’s not surprising then that the most ambitious sources of Northern Mali “news” has invoked the authority of newsroom reporting. During the past months, “Tamositte n’Azawad” (“the Kitten of Azawad” – facebook) has been issuing broadcasts on the situation in the North, with a penchant for satire and comedy. The creation of a collective of young Tuareg women living abroad in Sweden, Tamositte has been one of the most consistent media voices. Utilizing an iPhone/Android App known as “Talking Tom Cat”, the tool has been transformed into a new media mouthpiece, addressing very specific particulars of the conflict that are glossed over by international media: alliances between MNLA and Ansar Dine, critiques of hypocrisy of the MUJAO factions, and ousting of corrupt politicians.

I spoke to one of the creators of Tamositte. Her goal, she said, was to raise awareness amongst the Tuareg in the North. By connecting with youth in these cloistered towns such as Kidal, she could comment on these topics of discussion concerning the Tuareg community. Tamositte videos have undoubtedly found their way from Facebook and onto cellphones, the messages relayed throughout the scattered populations of the besieged Northern towns with a comic authority that resonates. As the international community advances to chase out foreign extremists in the North, it will be greeted by the Tuareg, but the international media may not be so welcome. A new adversary has taken its place.

Zerzura, crowdfunding for a magical city