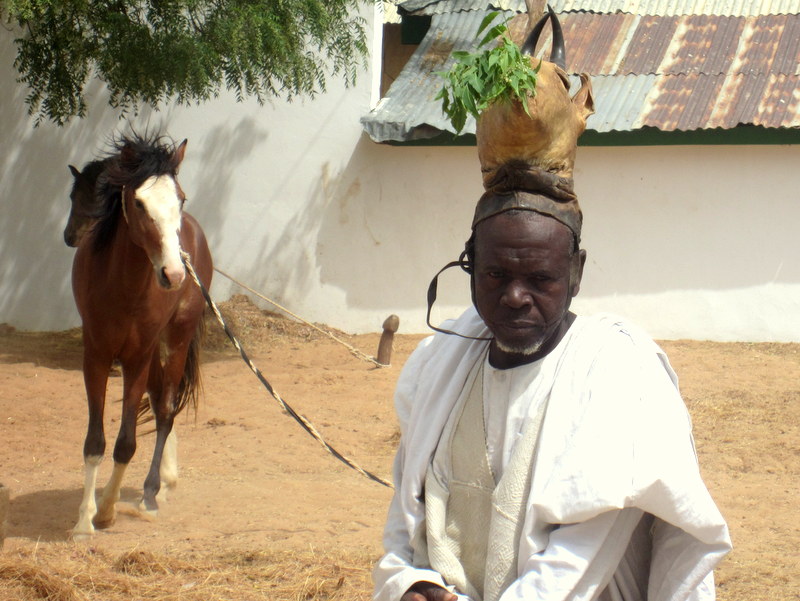 Isa lies at the end of a highway, the terminus of a newly paved road laying across parched scrub land of Northern Nigeria. Geographically, it lies not far from the border of Niger, and exudes some of that qualities of border towns: the squinting stares of merchants, the turned heads as we pass by, the looks with questioning if not accusatory eyes. Soon we’re rounded up by the local police, and quickly find ourselves in the audience of the King. where we explain our mission.

The next morning, Ibrahim, the vice official comes to greet us – they’ve lodged us in a simple unoccupied house – and to deliver us to the King’s mansion. As he explains, the King has “gathered a few of his musicians to play for us.” He leads us down the long main avenue of town. It is a market day, and the street teems with anticipation. We struggle to keep up with Ibrahim, but with a hurried stride he surges ahead of us. Orbiting around us swirl an accumulation of tiny children who dance in our wake until we have assembled our own procession. 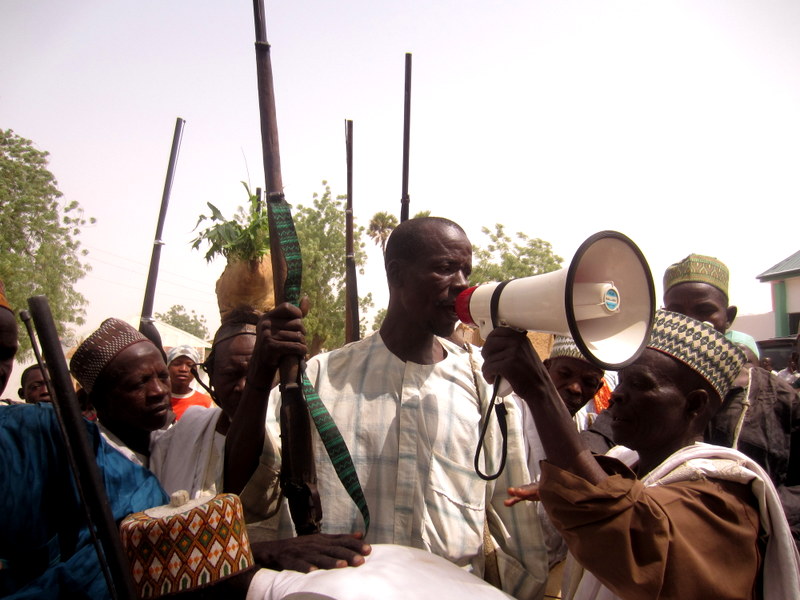 At the far end of the avenue lies the King’s Palace, a grand white structure with a heavy round wooden door. Suddenly, blasts of trumpet sound. We enter through the arch, where much of the town has gathered. The King has assembled not a few musicians, but all of the musicians across his domain in a carnivalesque confusion. The acrid smell of gunpowder burns the air as rifles are fired by dancers, amidst the seemingly unorganized staccato of drums, sending the two tethered horses into a frenzy. Old men yell indiscernible phrases into megaphones over the din. The display is foreign, yet uncannily familiar as some medieval trope, as court magicians in red and green patchwork trace blades across their bodies that leave no marks, dance on broken coke bottles, and swallow razor blades. In a coup de grace, the troupe of the kakakai assemble their instruments, these elongated and impossibly thin brass horns, which are pointed at the King’s house where he sits gazing from inside.

The King’s adviser calls us and asks if we’ve seen enough, at which point the festivities fold, the troupes come to pay their respects kneeling before his highness who sits on a plush green couch and hands out purple and pink Naira as befitting. We are then promptly arrested by the police who have been watching from afar – but that’s another story for another time.