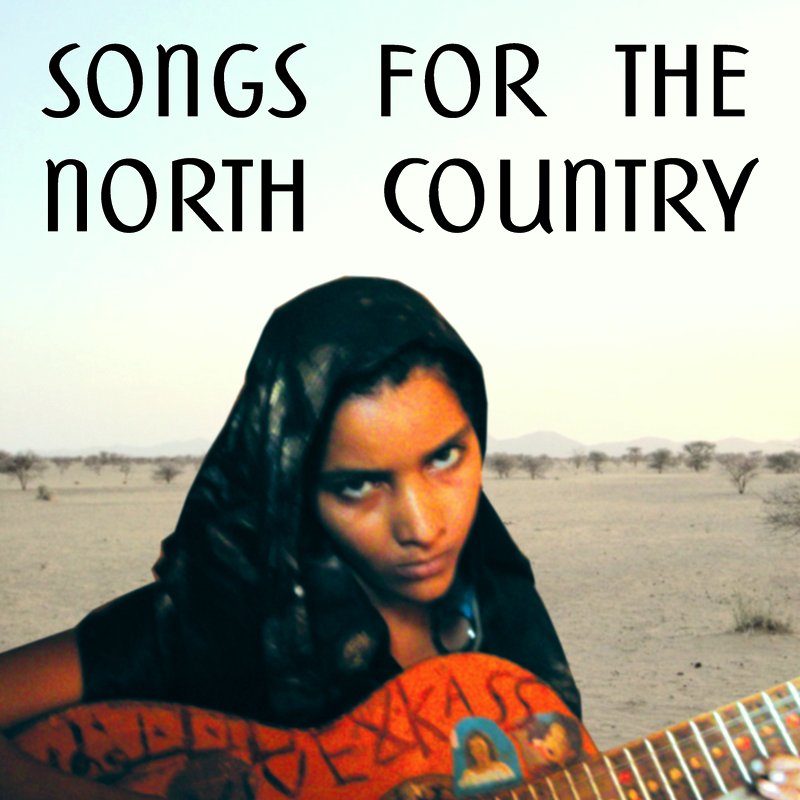 The North of Mali is a varied and special place, from the muddy banks of the Niger as it navigates through the scrubby Sahel to the jagged sun backed rocks of Adrar D’Ifoghas deep in the Sahara. The landscape is at times empty and sparse, but the culture is rich, with bustling cities, thousands of sleepy villages, and countless nomad encampments. But the people in the North live a perilous existence. Money is made to be spent and there is no saving or security. Often that model works fine. Community and family is strong and people rally together to help those individuals when disaster falls. Unfortunately, the disaster right now is affecting everyone. As armed extremists have taken over the North, driving out civilians, implementing bizarre forms of Sharia law, and effectively banning music, the North of Mali has been thrown into turmoil.

“Songs for the North Country” is a compilation of recordings taken over the past three years of various musicians, both modern and traditional. It’s for sale on a sliding scale. Pay what you want. 100% of the proceeds from this album will go directly to the people featured on the album. That’s it. There is no bureaucracy – just Bandcamp and me walking down the Moneygram office to send off checks. There is no NGO who will redistribute the funds to everyone, so it won’t help everyone. But it will go the musicians on these recordings you’re listening to — all musicians who are currently struggling in the North of Mali or refugees in exile and all who have been directly affected by the events.

The North is trying to be silenced. But I hope these recordings can stand as a reminder of what the North was, and what it can and will be again: guitar bands rocking in the evening streets of Niafounke, children gathering at the nomad camps of the Adrar, plucked takamba in the sandy houses of Timbouctou, and wistful village melodies are sung out over the banks of the Niger.

Tags: songs for the north country