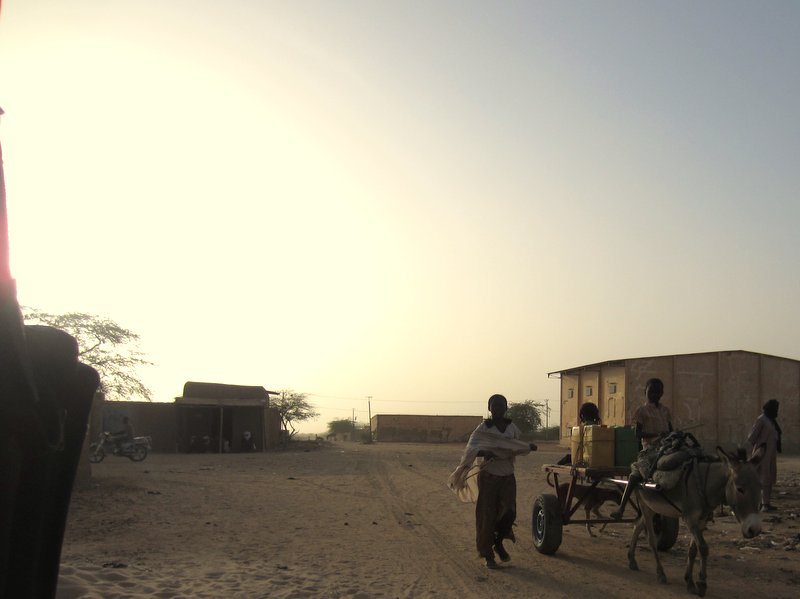 We arrive in TchinTabaradene at sunset. It’s a calm village, one of the innumerable places throughout West Africa and the “under” developed world, places that lie off the paved roads and power grids, their physical isolation a stalwart against the creeping homogenization of a single world. Between here and the highway sits a large swath of desert, scrubs, and sand but for the occasional collections of straw houses and mud silos, grazing herds of cows and tiny Tuareg toddlers riding donkeys laden with water – tiny children with intricate patterns braided into their black hair. The night is filled with stars and the distant sound of radio from the last sleepy shop owner drinking his tea late into the evening, the shrill cry of night birds and clicking of bats.

After so many travels, I know where I need to be, and have almost fine-tuned a method: do not seek isolation, but the places at the end of the road, and at all costs avoid the cities with their false promises – they may seem easier, but it’s a poor imitation and the hustle and madness will only drain time and energy. In the village every moment is a poem, every conversation is a story, every point of light in the veil of blackness is an inspiration. It is a richness apart from the homogeny of the city, something that approaches its own tradition of unique modernity. In Tchin-Tabaradene, the Chinese motorbikes speak when starting in poor Chinese/British accented English, a language not at all understood here. So prized are the bikes that in order to maintain and preserve them, they are left wrapped in their packaging. Young men roar through the village on strange shapes, covered in cardboard and plastic. In their efforts to protect and preserve beauty, the hide them from everyone, even themselves.