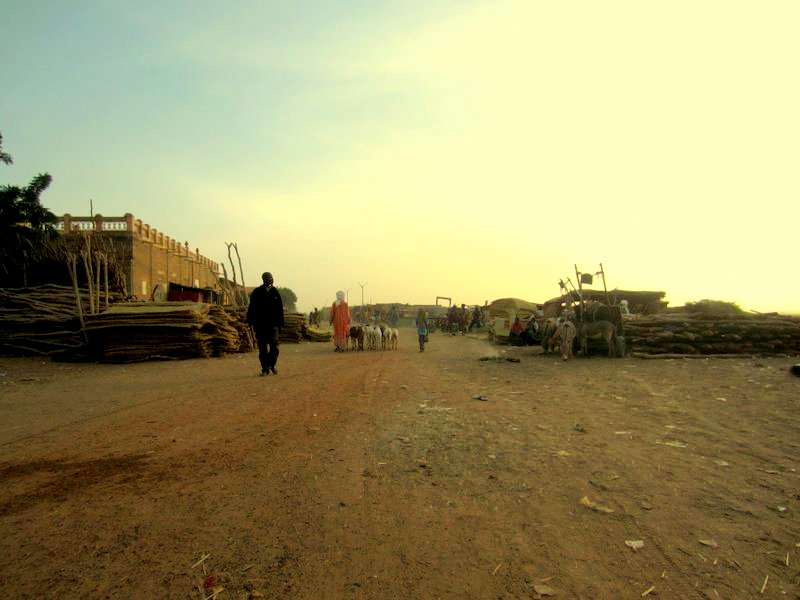 In February of 2012, I visited Gao. The rebellion had just begun and every day the bus station was flooded with refugees from Kidal, climbing out of the cramped cars, carrying everything in bulging plastic sacks. Many came here to the city by the river for safety while the situation in the Northern outpost town resolved itself. Surely Gao, with its modern infrastructure, paved highway linking it with Bamako and Niamey, and huge military bases, including over a hundred American soldiers and an army of black Humvees, would never fall into chaos.

For three days, I stayed with the musician Moussa Sidi. His house lay on the edge of the city, on the fringes where banco and concrete homes are sparse and the desert begins, a foreboding challenge to the perceived security. It’s an Arab neighborhood as “there really is no Tuareg neighborhood in Gao,” Moussa explained but only the painful ghost of one – the Kounta quarter, not far from Moussa’s, where the ruins speak of one of the worst massacres of the last rebellion: “The old marabout gathered up everyone in his house and told them if it was there time, it was God’s decision, and the soldiers bombarded the houses and slaughtered them all.”

Moussa’s walls are two stories high, and I idly passed the days watching the patch of vibrant blue and the suns slow tracking arc, waiting for Ahmed from Amanar to come join us. In the evening, Moussa and his friends would discuss the latest over cigarettes and guitar. They were brimming with excitement of the coming rebellion, the updates received over the cellular newsreel called in from Menaka and Kidal. To be clear, it was not just young Tuareg but Pulaars and Sonrai. When, Ousmane a young Sonrai teacher proclaimed “we all want Azawad, because Azawad is for all of us,” I could almost believe him, but for a blind idealism and certain callousness. Later that night when Sekou (a friend from Alkibar Gignor) called me from his town where the army garrison was under attack and gunshots crackled through the cellphone speaker, I could hear the fear in his voice. Sitting beneath the brilliant Gao starlight, Moussa’s friends chuckled. “It’s the rebellion!” they proclaimed, victory in their voices, Azawad in their eyes. I recorded Moussa in a few sessions, but we were hardly friends, his extortion of money from me and Ahmed made the house a prison of inconvenience, and when we later fled, it was as much to escape the situation as it is the realization that with a price on my head, we could no longer trust him. In a bold move, I told Ahmed I would delete all of the music I recorded, that my power was in deleting him. He would learn that an archivist can preserve history but also destroy it. I almost do it.

It’s nearly half a year later and Gao, the bastion of the North is nearly empty, a case study in the progression of the “rebellion” – a loose coalition chased out government, followed by a dissolution of the coalition into multi-party civil conflict. My personal communication with the North comes in series of cryptic and conflicting text messages and stilted phone conversations, with names of friends who have died in the fighting, lamentations of economic disaster, and rumors of exodus. The last I saw of Intriya was on this Al-Jazeera video, Horostar is unreachable, and Amanar is dispatched into the far corners of the diaspora. 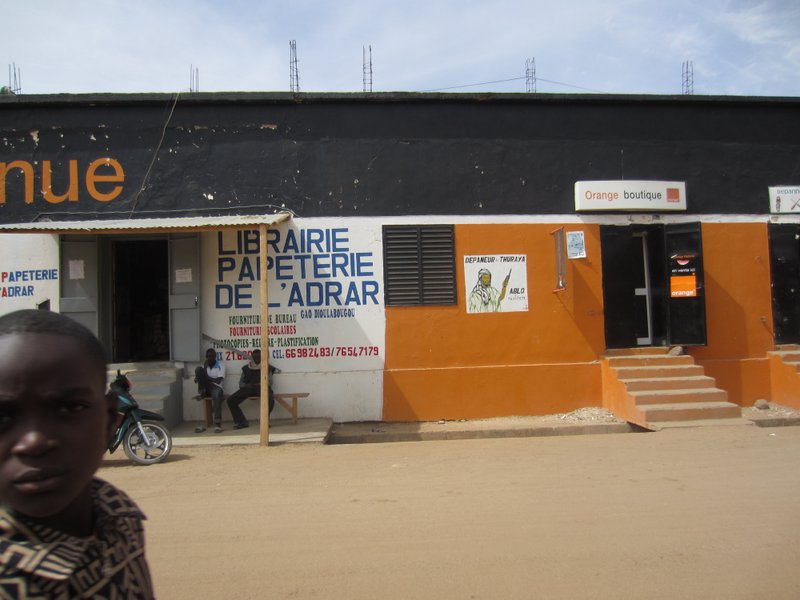 It’s often difficult to place these recordings in a temporal context, even for myself. It’s easy to forget that a sound recording a historical document, that in the act of recording it becomes an anachronistic artifact. In a sparsity of information, these media clips can dominate the cyber soundscape and resonate for undue lifespans allowing the sounds to continue to speak with a timeless authority. As the North has ignited into chaos, it is a reminder to the dynamism of places and people – and not simply because of the shifting movements and disrupted lives, but because of the media coming from the North, as expatriates, political propagandists, news agencies and bloggers clamor over one another for the most up to date and relevant information.

In a cellphone conversation a few days ago with Boubou, a soft spoken Sonrai percussionist who taught the youth of Amanar, I prod him for information on the MNLA and the Salafistes, the politics of Al-Qaedi and his opinions and theories. The town has been taken over by the “Al-Qaedi” he explains. They’re redefining the city and changing the past, destroying historic sites as idols and burning instruments they consider harem. The electricity is out, food is expensive, and there is hardly anyone left. He has no money to move his entire family to Bamako. The question of Azawad, of a sharia state in the North, of the MNLA, or of a return to Mali is inconsequential to the immediate. In the silences over the scratchy reception, I hear the sound of a ravaging storm. “Moussa, the guitarist, you remember?” he asks. “I went to his house, even he’s gone. I don’t know where. When I looked around, all I found was the charred remains of his guitar and amplifier.”