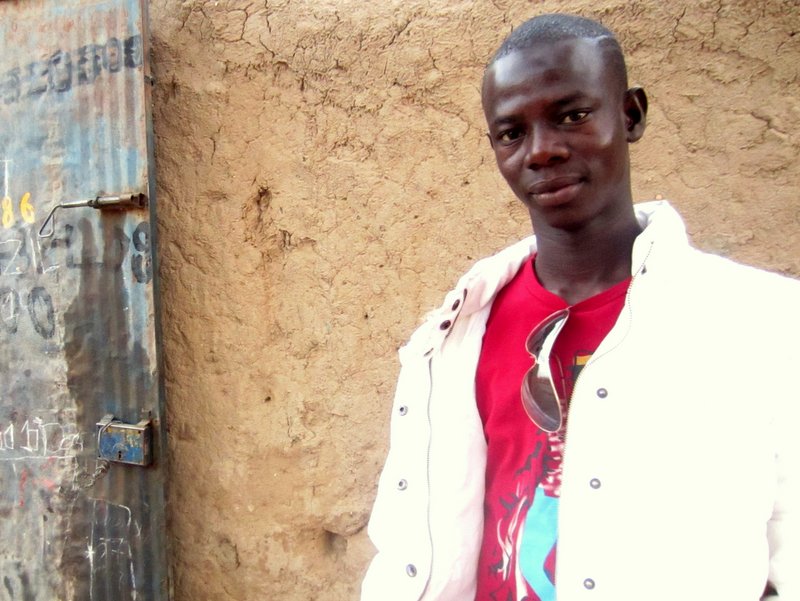 Pheno S. is a young rapper from Gao, Mali. I first heard Pheno’s songs drifting about as mp3s through cellphones and memory cards (one track was included on a mixtape Saharan Cellphones Vol. 2 and on the upcoming LP). The standout track was labeled “FENOMENAL MIX”, a slick produced autotuned hip hop melody with a tempo breakdown three quarters into the song. The style is immediately reminiscent of Hausa pop from Niger/Nigeria. I shopped it around on Facebook and sent it to at least 50 people before someone responded with Pheno’s phone number. When I traveled to Gao in February, we had the chance to meet face to face.

Pheno S. is a slight unassuming eighteen-year-old. He arrived at Boubou’s house in colorful hightops and a rather unnecessary jacket, flushed out in hip hop fashion that permeates into every corner of the world. He stood at the door, respectfully, shaking hands with everyone present with a reserved demeanor until offered a place to sit. Our conversation was brief, limited by language difficulties, but Boubou’s son later expounded on the subjects of Gao Hip Hop and the story of Pheno S.

Hip Hop is a very recent phenomena and local performers only appeared in the past few years. Pheno listens to French Hip Hop but speaks little French, and cites as his biggest influences groups like Lakal Kaney and Kaidan Gaskia, popular rap groups from Niamey, Niger from the late 1990s (Gao shares an affinity with Niamey, lying closer to the capital of Niger than it’s own and speaking a language almost mutually comprehensible). Pheno doesn’t know how popular his songs have become, profiting from the curious nature of the cellphone network to render wide distribution sans celebrity. For example, I later find Pheno’s “FENOMENAL” title in Lagos, Nigeria – two countries away and a torturous overland distance of nearly two days travel. To Pheno S., popularity among non-Sonrai speakers or even non-Gao residents seems irrelevant. The song that launched Pheno into local hip hop star was in response to a very local event:

In Pheno’s song, in purest hip hop battle (or “clash”), he takes on the institution in a manner that would make Chuck D. proud. In one of Gao’s public schools, the director was known to be sleeping with the students. It’s unfortunately not a rare event, and as Boubou explains “many girls in Gao get pregnant because of teachers.” This instance was even more brazen than usual with the director installing a bed in his office. Pheno composed a song where he clashed him (though addressing the song to a whining dog), asking “who has ever heard of a director who brings his mattress to school?” Pheno tells the “dog”, probably some 20 years his senior to “open his ears and listen to me: if you see a young girl you like, you should talk to her parents and marry her, not get her pregnant and ruin her life.”

The song caused outrage in Gao, especially when it went “viral” and soon was on every cellphone, a public humiliation for the school director. Pheno was suspended and the administration ordered him to stop the song, before realizing that once out, it could never be removed from circulation. Pheno returned to school with a reputation that cemented his status in a testament not only to the power of the cellphones but the power of hip hop.

As music is imported from abroad stylings are often rife with misinterpretations: the clothing and mannerisms are a bit dated, the borrowed postures from Lil Wayne are slightly off, or slogans are mispronounced in poor accents. Yet Hip Hop has maintained the most important elements in translation, particularly in the case of Pheno. Seeing the moment to take on an institution far more powerful than himself, and to speak his mind in a flagrant display of anti-authoritarian youth culture – it’s about as Hip Hop as it gets. 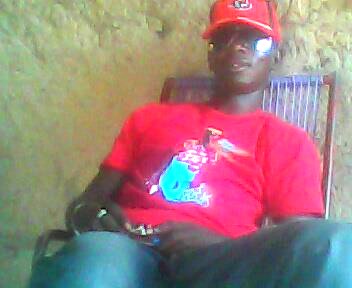