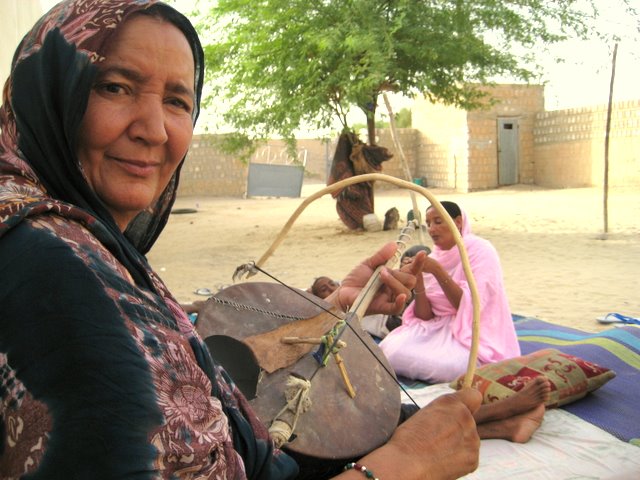 Coubala (or Rokia Wallet Wakina) is one of the few living players of imzad, the monochord horsehair violin that once provided the melodies of the evening in the nomad camps. Coubala’s imzad is cobbled together using a metal bowl in lieu of the calabash.

Imzad has largely disappeared but for a few practitioners, particularly in Timbouctou (as well the Hoggar of Algeria, which has made a strong effort to re-launch the imzad as a contemporary instrument). The first well-known musician in the region was a woman named Keke who has long since passed. Coubala plays very little in the city, where she now lives, returning to the bush of Gargando only during the rainy seasons. Though perhaps that’s where it was meant to be heard after all.

beyond the thunderdome, malian science fiction

The man in black.