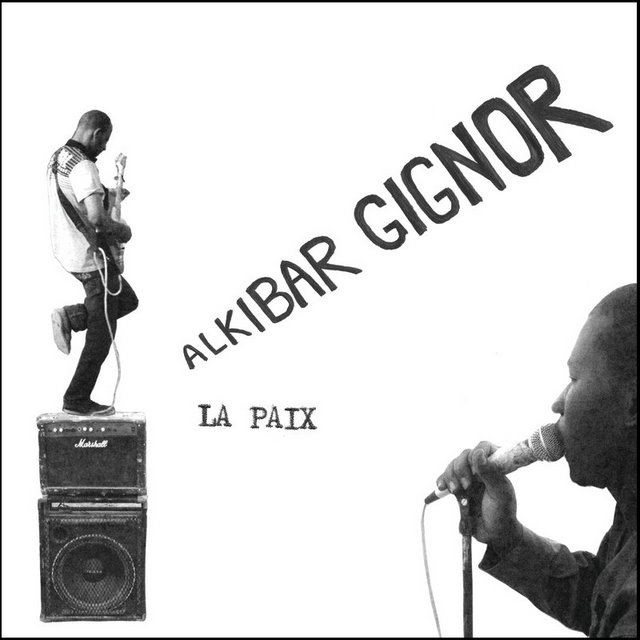 Niafounke is a dusty town in the North of Mali nestled along the banks of the river Niger and a few hours from the historic Timbouctou. It’s legendary in its own rite, renowned as hometown of Ali Farka Touré — a man who even in life had become myth, a figure that will loom forever in the annals of Malian music for singularly creating a sound and whose contribution to African music, or music in general, cannot be underplayed (stories of his mystical talent even echo that of Robert Johnson, Touré earning his guitar ability from a genie). Niafounke means “children of the same mother,” and the town has encouraged a generation to follow in the footsteps of their patron saint. Alkibar Gignor is a band that draws from this inspiration.

“La Paix” (for our non-Francophone readers, that means “Peace”) consists of recordings from Alkibar Gignor taken over multiple visits between 2009 to 2011. Some of the songs were recorded at crowded rehearsal sessions at the Hotel Ali Farka Touré, the neighborhood children filling the courtyard. Other sessions are live concerts while touring through the riverside villages, playing under the starlight as an itinerant generator hums in the background. A few acoustic numbers were recorded at Amma Bocoum’s house. His daughter sings along on the title track. 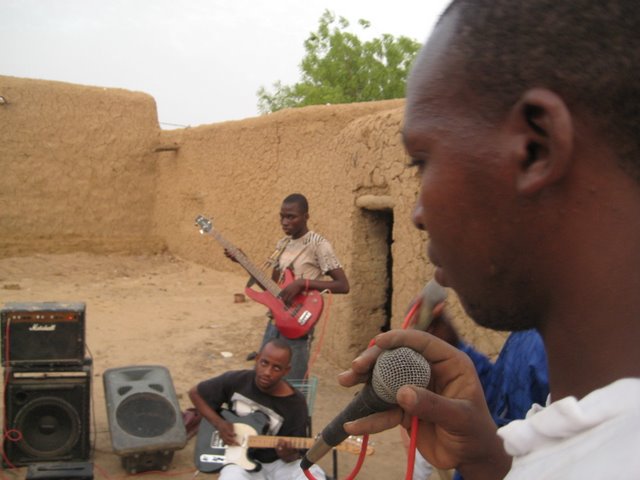 Alkibar Gignor make little or no concessions to the softer sound of world music (briefly touched on previously in the self reflective conscious discussions of what it means to make music for the West), but play the raw sound of electric guitars and frenetic drums that has become a staple of the Niger bend. If Farka idealizes some myth about old bluesmen, than Alkibar Gignor appeals to a nostalgic notion for garage rock. They are the local stars, fierce at work with plans to become known throughout Mali.

For a more concise description, see the fold out poster.

The release is available on vinyl, and comes with an 11 x 17 poster — via Little Axe or your favorite record shop. You can also get it on bandcamp, pay as you want with $3 minimum, 60% of the proceeds to the artists.