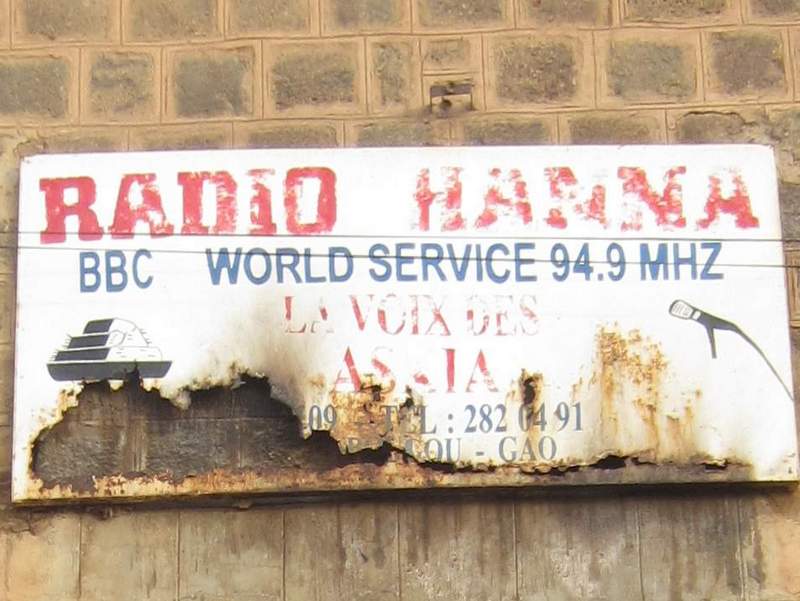 Radio Hanna is housed in an old dilapidated cinema in Gao, Mali. Vestiges of the movie theater remain: rusted seats on the balcony and a giant projection screen — flanked by piles of wood, wandering goats, and a woman pounding a mortar and pestle. Families rent the various rooms in what otherwise seems to be a massive brick courtyard. Radio Hanna’s office is up some crumbling stairs in the former projection booth.

Takamba is the music of Gao. Nowhere else does the droning terhardent and clash of the calabash dominate the frequencies. Muffled by the hiss of old cassettes and the crackle of radio, the music is interspersed with the layering of vocal shout outs — the original griot shouting praises for long vanished patrons, and Radio Hanna’s MC with his secondary announcements layered on top of the old takamba, another message relayed on an old vehicle.