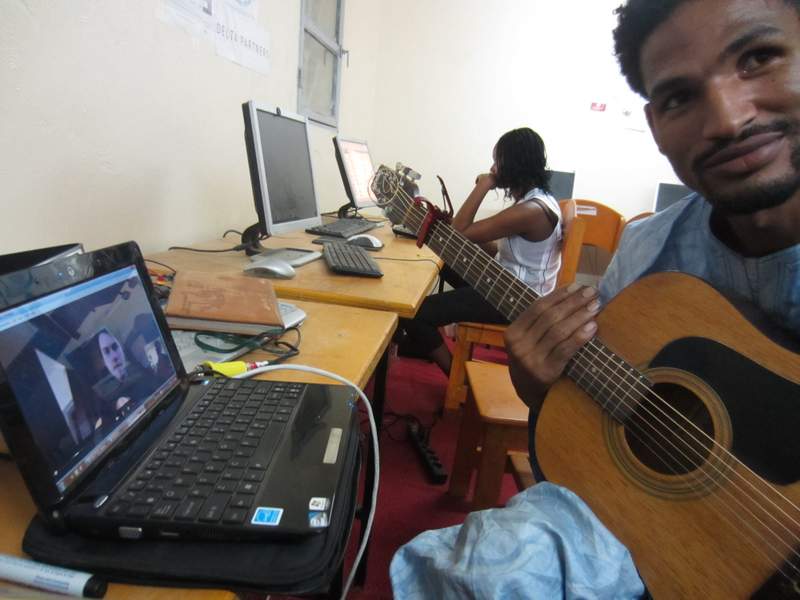 After two years, the tracks of popular West African tunes found on cellphones were released, remixed, and now successfully returned to their point of collection Kidal, Mali. (previously) As a rebellion seems to break out days prior to my depart, the 30 microSD memory cards are handed to a truck driver making the perilous journey North. Confirmation comes via a cellphone appropriately that the cards have arrived with a friend and have been distributed about town to the remaining population.

Of all the remixes and reinterpretations, the most well received in the Sahel has undoubtedly been Brainstorm’s “Tahoultine” — a cover of Mdou Moctar’s song of the same name — which has just recently been followed by a digital EP (link) and second cover of “Anar” under the title “Vanessa”.

I journey to Abalak, a town perched along the road to the North of Niger to meet with Mdou. In the ensuing days, we record a plethora of new tracks, travel to his birthplace and write his story. In the meantime, Brainstorm’s tracks jump from my cellphone onto the bluetooth network, instantly popular. Mdou is a local celebrity and his songs are well known — and the novelty of an American band covering the songs in English is not lost in the desert. Mdou speculates: “In just awhile, you’ll find this on cellphones as far away as Bamako…”

We organize a face to face meeting with Mdou and Brainstorm via Skype, commandeering the office of a local NGO after business hours, one of the only places to find internet in the village. Despite the initial difficulties, a brief meeting via video chat is arranged, and while the interplay of live collaboration is prohibitive due to the sufferable speed, a few songs are exchanged.

The word Anar means eyebrows in the Tamashek language of Niger. It’s one of three songs that Mdou composed for a lost love of years back, and his attempts at forgetting.

“Love has become a malady for me — the night passes, I don’t even know its night, and in the morning I don’t do anything but think of her. If the love for her had a medication, I would drink it regardless of the taste. My dream is to turn into a small bird to fly to her, and give her a kiss between her eyebrows.”

The lyrics bear a striking semblance to those of the re-interpretations, a chance of synchronicity, a testament to how a message can be hidden in a melody — or a reminder that even in worlds apart, affairs of the heart are not so different. 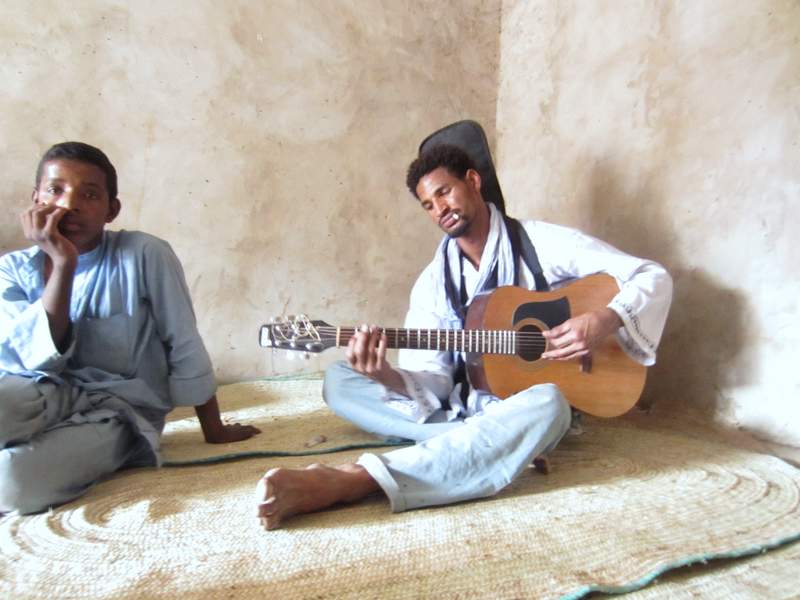 the choice is yours