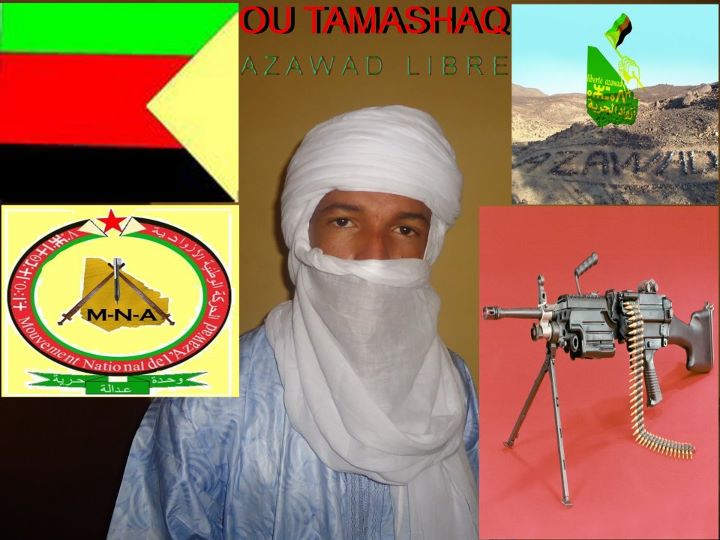 The flag of the independent autonomous region of Azawad is a variation on the green, yellow, and red found across the continent. But for the inclusion of black. It recalls the flag of Palestine, an ally at least in a similar struggle for statehood against an overpowering military foe. It’s a new flag, designed to distinguish from the multitudes of previous rebellions. What makes this flag unique is the speed of dissemination.

The current Tuareg rebellion is a complex mess of factions — rebels in exile in Algeria, defected Malian military, and most importantly, pro-Khadaffi Tamashek fleeing Libya with all sorts of heavy artillery. The semi-official mouthpiece of the rebellion is the MNLA, with its own Facebook page, a flurry of activity the past few weeks as the rebellion has evolved from argumentative discourse to live fire attacks. Yet while invoking comparisons to Tunisia or Egypt, the role of the Facebook is simply in dissemination of information, a window or secondary source, as members post updates called in from villages in the North. It is a tiny segment of the population with regular internet: students, youth in the cities, and government officials, voicing their concerns with minimal repercussion throughout the Tuareg community — their work becoming influential only when it jumps to cellphones. 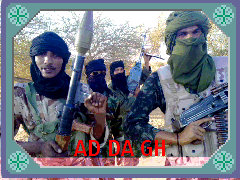 “Our internet is the Chinese cellphone,” a friend says. “I can go three months without looking at the internet, but I can’t go a minute without someone showing me something on their cellphone.” And since January, the new rebellion has utilized this network to galvanize the population with pro-rebellion material. In addition to the graphic montages in longtime circulation, the new rebellion has spurned all types of graphic experimentation and creativity — both prior and after battles. The first attack in Menaka, for example, a town that is as of this writing in the hands of the rebels, announced the attack with a flyer that could just as well of been designed for an upcoming party (albeit a rather sparse party in the middle of the desert). And when recent battles at Aguel’hoc were played down by Malian government as bearing only a few military casualties, cellphone photos and videos bodies recorded by students quickly made their way to Bamako prompting protests and marches by military wives throughout the capital, effectively shutting down the center of the city in protest. 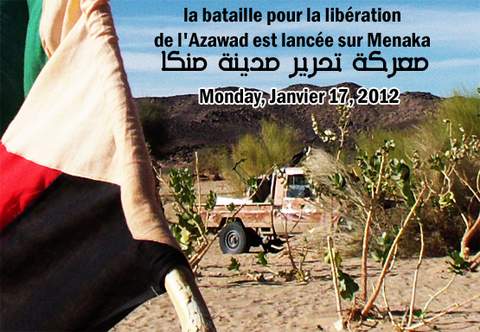 For the moment, the North is in an effective quarantine, and mobilization is severely limited. The territory is isolated by asphalt and fiber optics, yet the digitization of the rebellion is in full effect. Misinformation and rumors are rampant and the transparency long promised by “The Internet” is delayed. But when the North reopens and the cellphone stream begins to flow, the story of the rebellion will be told. From rebel factions hiding in the mountains, to the military garrisons in their bases, to the civilians watching illuminated mortars streaking through the night, camera phones to the sky, digitizing the revolution. 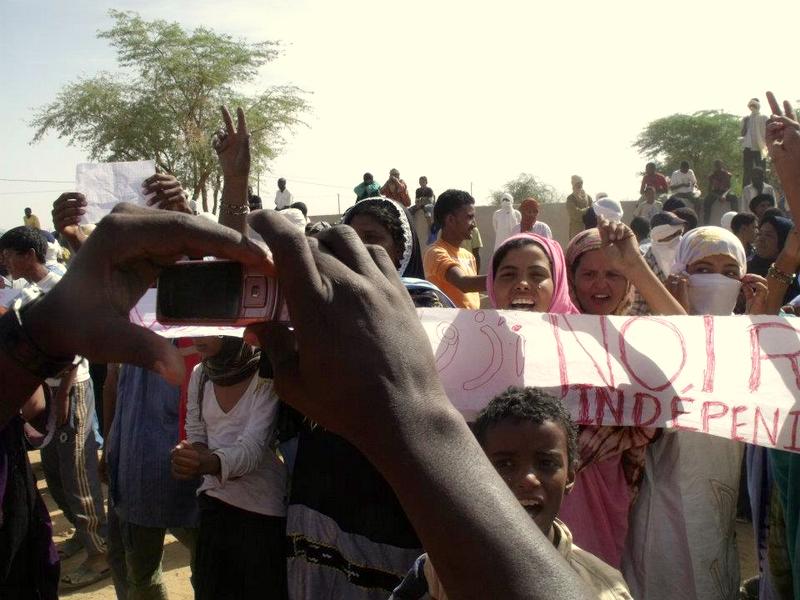 An open letter to Homeland Security