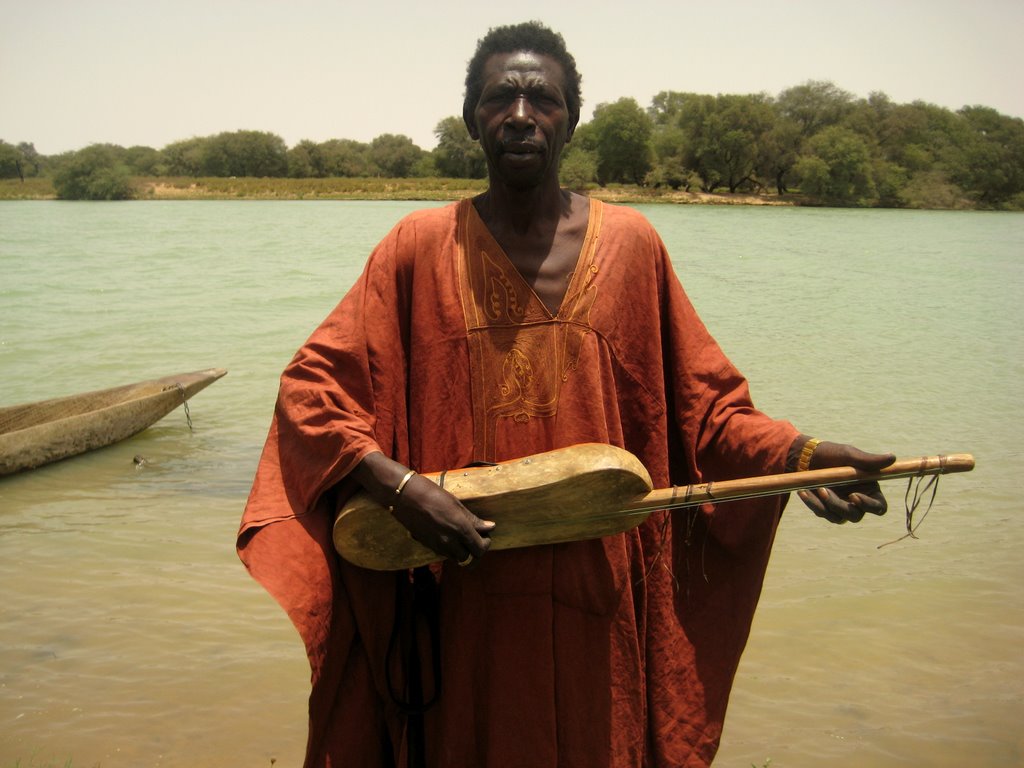 Amadou Binta Konté has played the five stringed Hoddu for over 40 years. He’s not a musician, but a cuuballo, one of the fishermen living alongside the Senegal river as it cuts between Senegal and Mauritania. He sometimes plays in local ceremonies, marriages, and baptisms. But mostly he plays for himself and his family.

We travel to Wandekadde, as Amadou rarely climbs into a vehicle, preferring to walk on his own two feet. I ask him how he came to play the Hoddu:

One day, when I was young, there was a canoe that was passing by. Inside was a man, playing the Hoddu. I heard it and stopped what I was doing. I watched him as he drifted down the river, until he was far away, and eventually the man, the canoe, and the sound disappeared. Later that night while I was going to sleep, I heard the sound again, as the canoe passed by, playing as they traveled home.

I woke in the morning, inspired. I went into the forest to find some wood, to build a hoddu. I attached some strings. I had no idea how to play, but I would try anyways. I put the strings on, and tightened them, loosened them, tightened them, trying tunings until I heard what sounded right.

The next day, I was supposed to go fishing. In the morning, my father heard the sound and asked “Who is playing?” He ran into my room and saw me playing the Hoddu. He said, “Since when did you learn to play?” I replied, “Since last night.”

Galanka (or “Boutilimit”) is a song that sings of Galanka, a famous Pulaar warrior/hero. The song was used to galvanize warriors, to prepare them for battle. When sung, a new verse has been added at the end that references the Saharan war of the 1970’s against the Polisario — again, used to mobilize and prepare the Mauritanian Pulaar who traveled into the Western Sahara to fight the Polisario.