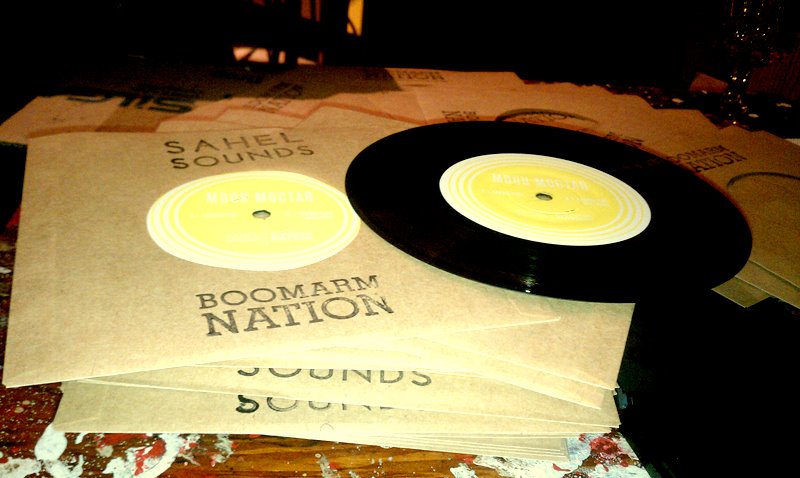 Mdou Moctar (pronounced “M”-“Doh”) is from Abalak, Niger. A few years back, he traveled to Sokoto, Nigeria to record an album. A curious feature was addition of Autotune, something the studio engineer suggested. The resulting eight songs, all spaced out Autotuned Tamashek guitar (quite possibly the first time ever) were never official released, but disseminated throughout West Africa through that subtle network of cellphones and memory cards. His songs, especially the love anthem “Tahoultine” (“girlfriend” in Tamashek), are hugely popular across the Sahel, particularly on the cellphones of younger Tuareg.

The Western commercial release of “Tahoultine” is a similar route of media interchange. It was featured on the “Music from Saharan Cellphones” cassette, followed by a cassette of remixes (available here), followed by an LP, and now a 7″ single. The 500 edition of 7″s features a remix by Portland producer Gulls on the flip – order/stream it here. 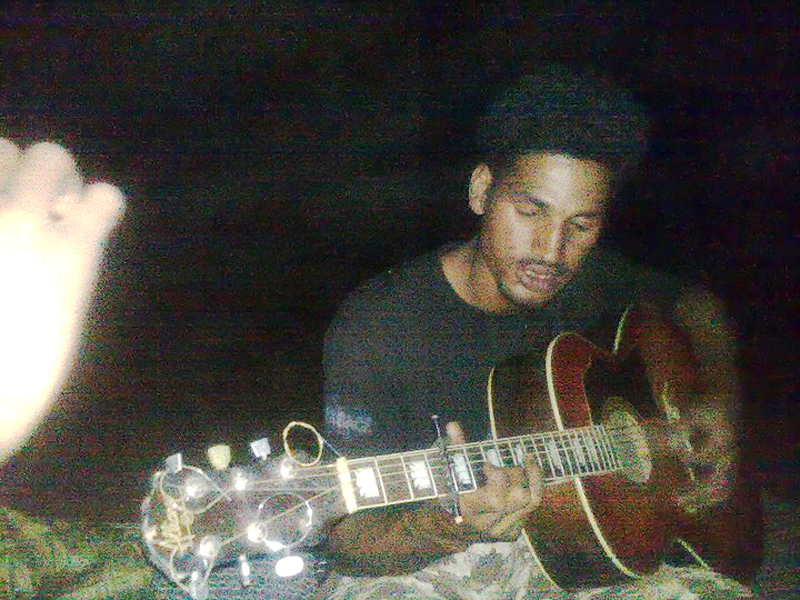 I recently chatted with Mdou and in lieu of being on site, we decided to do some recordings in the most appropriate/only available technique — via skype-out to cellphone to Abalak, Niger. Note that Mdou is playing both percussion and guitar on these recordings: a version of Tahoultine, performed live, and a new love song, “Lance of Love.” I’ll be joining Mdou in a month or two, so expect some more hi-fi recordings soon….