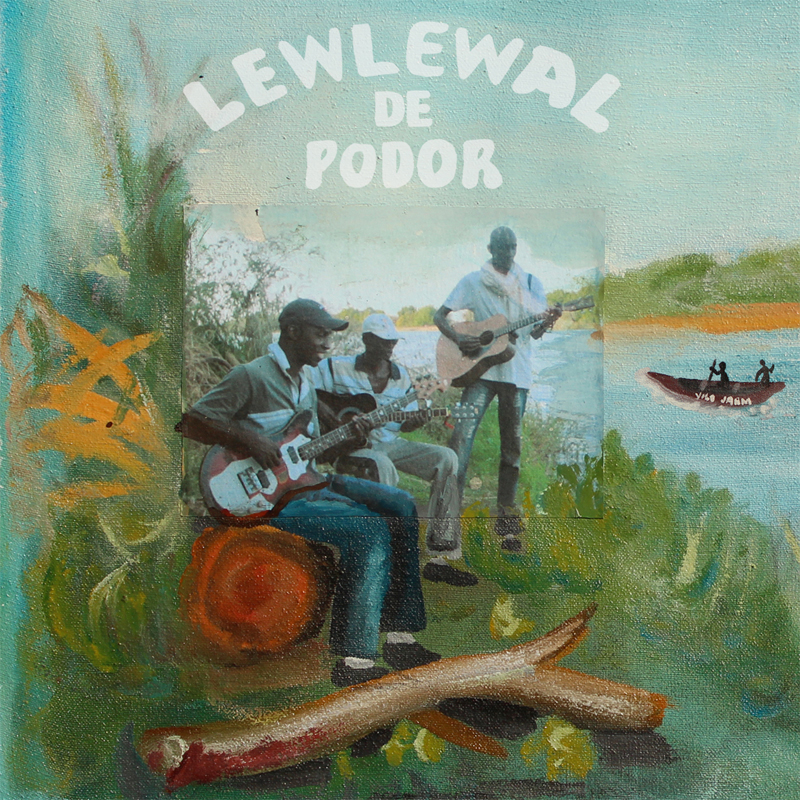 I met the group Lewlewal in 2009 (previously). I had been in Nouakchott for four months and needed a break. Driving on the road to Fouta Toro, the Northern region of Senegal, the temperature increased exponentially. It was April, and once the cool comfort of the sea is gone, the parched earth and the sun fills the void. Podor, the little town by the river, was my destination – an ancient town, but a place I had only chosen based on a whim. It was the hometown of Baaba Maal, and I thought it would be a good a place as any to find some guitarists. I met Baye Aly the second day I was in town at his business, directed by a man in a bar who told me simply to “find the barbershop”. Baye answered with a guitar in hand.

I stayed with the band for a week that time — lodging at Baye’s family compound in the center of town, meeting his wife and then newborn child. We played guitar until late in the night, when the cool air would lift off the river and hand in the branches of the trees. There was never talk of a record, but we recorded nevertheless. Most of the sessions were used to make a promo CD to get the band a gig on the tourist boat that came to town twice a week. Later, they would be used in the record Ishilan n-Tenere.

I came back two years later, this last April, this time with the intention of producing an album. The resulting album is a week and a half’s worth of recordings that were taken on a visit back in town. Sessions made in the early morning, spontaneous moments with a guitar around tea, or late night rehearsals with a glowing amplifier in the yard, under the moon. 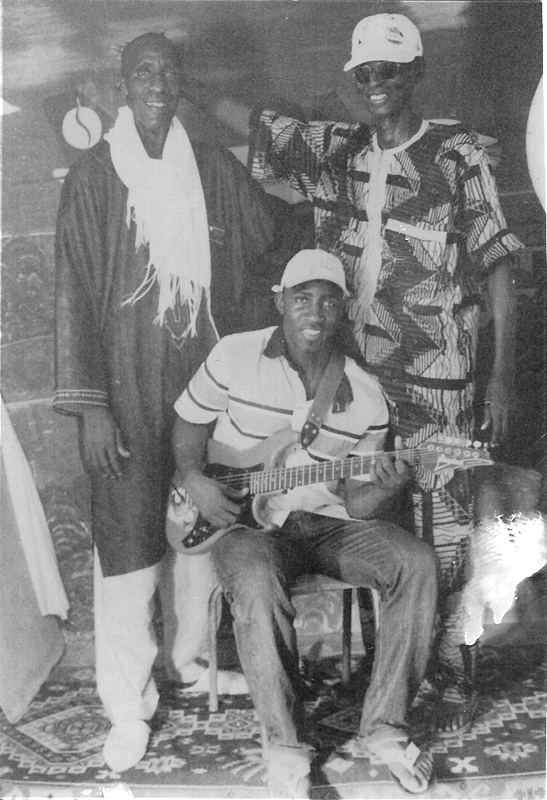 The album is now available, a co-release between sahelsounds and mississippi/little axe, available on vinyl and via bandcamp. There are liner notes inside, plus a photo from Oumar Ly, Senegal’s esteemed portrait photographer shooting for over forty years. The cover is an original painting from Nouakchott sign painter Thiam Bellou.

The title of the album, Yiilo Jaam, translates to “Looking for Peace”. Podor is just that, the river and the greenery a temporary respite from the harsh Sahel, a quiet alternative to the crowded urbanity. If there is a search for peace, then I like to think that Lewlewal has found it.