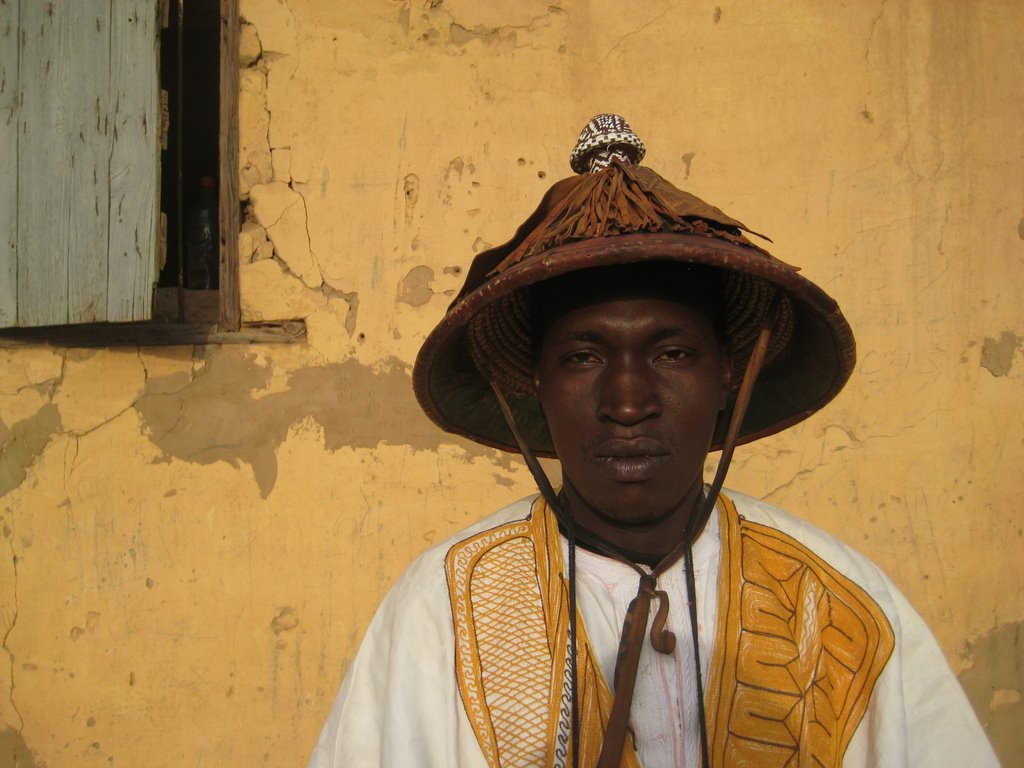 In the fluvial region of Northern Senegal, Fouta Toro retains some of the remnants of the highly stratified society it once was. Cuballo are the fisherman caste. They’re not low of the hierarchical strata, somewhere below the “nobles”, but well above the blacksmiths and griots. As fisherman, they live alongside the river and make their living from the meandering rivers trickling to the sea. The cuballo are also practitioners of the pekane.

In a poetic portrayal, Pekane is performed during a hunt, the performer joining the men at the rivers edge as they compete to spear crocodiles and hippopotamuses, singing praises to their character and those of great lives past — confident words to inspire courage. In some aspects, the pekane overlaps with the roles of the griots – it draws from family genealogies, village histories, and tales of local heroes. But included in this repertoire is a more mystical aspect: the incantations, the hypnotizing spells, the esoteric and nonsensical phrases that can be cast over the dark river to call forth animals. I hear of endless accounts of the magical cuballos who, simply by uttering a phrase, can send fish jumping into their canoe. Indeed the origin of the pekane itself is supernatural – the words were given by a Djinn to a man named Demba J, the first Pekane practitioner before anyone can remember.

Souleyman Marr comes from a generational lineage of cuballo. His indoctrination into pekane is not so direct. Born in the village of Ngaoule, Souleyman grew up as a fisherman, listening to the pekane broadcasts over the radio, and as he came of age he decided to learn the trade. Most of his material he learned from traveling through the region, conducting ethnographic fieldwork, collecting folktales and stories from the elder inhabitants of sleepy river villages. But a large part of his repertoire came from radio broadcasts, cassettes, and later digital mp3s — recordings of the late Guelaye Ali Fall, the first poet to popularize the pekane.

Isolated groups have always proved a fertile ground for research, speculation, and hypotheses, if for anything else, because they exist outside of external influence — and indeed, this is what much of early ethnomusicology research relied on (see the Georgia Sea Island singers, studied to develop links between New World blues and West Africa). The idea of modern technology as cultural contagion is in itself an old and outdated idea, touted with much less frequency than in earlier ethnographic circles. Rather, the dispersal of information via “new” folk transmission (new in name only, the radio broadcasts carpeting the countryside since the 1960s) has allowed wide dispersal of information. In the case of the pekane, it has done more to encourage tradition than it does to silence it, providing yet another outlet for the expansive histories of the Fouta in the modern world.

In the recording, Souleyman recounts stories from the beginning of the Isle de Morfil until the stretch near Matam. The language is Pulaar, but he would argue the words are not so important to understand. The pekane is a gift of the djinn and significance is of little importance to the power of their sound…

kickstarters for vinyl of music from saharan cellphones