The first rains were falling outside Timbouctou. A cold wind carried the bruised clouds over the river and the waving grasses, dampening the scorched ocher of red earth. I remember hearing about Abba, listening to a muffled cassette in Nema, across the border in Mauritania. The rain was also falling then, and the drops were pelting the tent roof. A woman waiting at the station supplied the cassette and his name. She was also from Gargando. I noted this on my map.

The landscape around Timbouctou is dense with villages, and most of the villages are separated by language and ethnicity — distinctive Tuareg, Sonrai, and Pulaar towns. Gargando is a Tuareg town, more specifically a town of the Kel Ansar tribe, more specifically still that of a large family. The sand is white and cool in the daytime, the water brackish and difficult to drink. Abba comes from that Gargando family that includes many of the members of the group Tartit, the organizers of the Festival au Desert in Timbouctou, and many of the Tuareg university students and intelligentsia of Bamako.

It’s also the area an area that was strongly affected by the last Tuareg rebellion in the 1990s. There was a massacre in Lere in 1992 where the elder men were killed, an event that has no internet reference outside of Amnesty International reports, but something that stands significantly in the memory of the region. It was a signal of exodus, all of the Tuareg as well as Malian Arabs in the region fleeing to neighboring Mauritania.

Abba was a child when he left Gargando. Today it is again a Tuareg village, though mostly of the elderly and the young children. Abba is both a guitarist and a member of the Gendarmerie and is now stationed in the Goundam. The politics have shifted, and while the music might sing of rebellion, the new multi-ethnic military patrols are looking for Al-Qaedi and drug traffickers.

Goundam is a Sonrai town, and at night the youth of Gargando have come to Abba’s compound. There’s no more than 15 young kids — some are back from Bamako with jeans and fitted t-shirts, while a few have come from the village. The amplifier hums in the silences between songs as the kids whisper in quiet voices. As we sit in the orange glow of a streetlight in the dirt yard, Abba plays a set as the youth watch with rapt attention and smiles. There is an intimacy in the music, and it feels less like a performance and much more like a reunion of the children of Gargando. 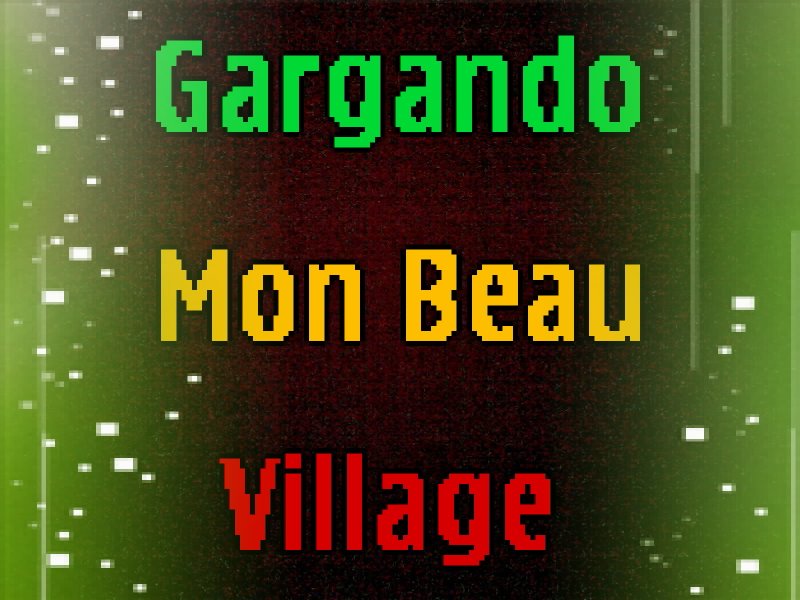