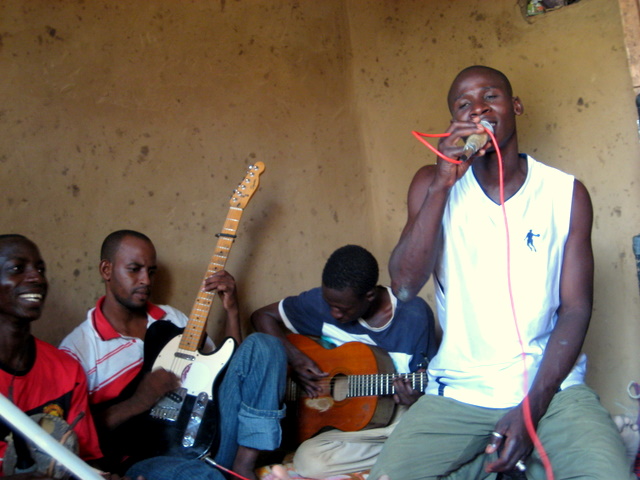 “It’s called world music – music without boundaries. You take a little bit of African, America, Europe, Latin – and mix it together. That’s world music,” Ama explains. “We don’t play world music.” We’re sitting outside Demba’s house in Niafounke. It’s a starless night, the residual clouds of the evening’s duststorm shrouding the sky. The torrential winds have passed on and left a balmy cool stillness in their wake. Kola is skipping through songs on a memory card, plugged into a DVD player, connected to a boombox. “Here,” Kola says, “this is Alkibar Gignor.”

It’s a grainy recording, a digital copy of an analog original from 2003. A cassette “ordered” by a friend or patron, performed with the occasional shout-out and praise song in that long tradition of dedicated performances. The sound is warbly and rough, and they seem a bit embarrassed by the quality. No one records on cassette anymore, they explain with an air of nostalgia, as though we we’re talking about another era and not just a few years prior. The recordings are a historical record of the group, their own personal archives. For example, the 2003 recording of “Allah ka Baru (Hommage a Ali Farka Toure)”:

At the organization of the annual “Ali Farka Festival,” (now defunct for mysterious reasons) the organizers heard of the young group from Niafounke and offered a slot in opening the festival. Ama remembers “everyone from town was incredulous when they saw us get on stage.” Young and unknown, even the promoters were skeptical and told them to hurry up and play. The song is a hommage and is addressed to Farka’s children who were in attendance, telling them “don’t be sad when you’ve lost someone, remember them, and be happy that we had them on earth, because everything must move on.” The song is in Sonrai, but also quotes Koranic verse. “We sung the hommage and everyone cried. Even the marabout couldn’t believe what he heard. They were all asking — who are these kids?” 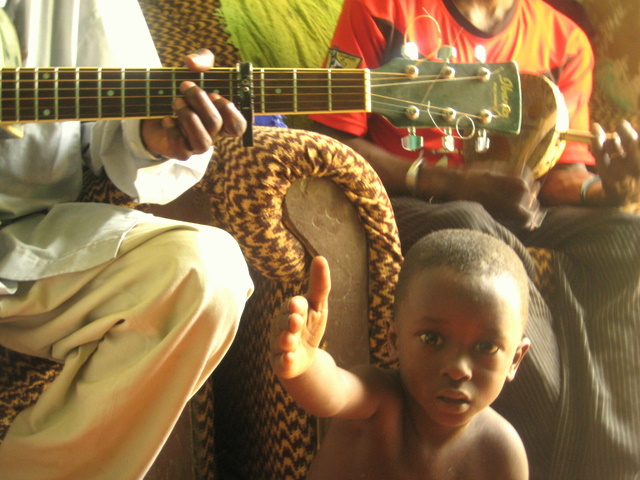 The festival launched the band into a moderate local success. They’ve become Niafounke’s hometown band, touring throughout the dusty scrub villages on the riverside. We travel to one such village in a rented landcruiser with drums and generators and amplifiers strapped to the roof, bumping over the furrowed river bank, passing the occasional donkey and wide eyed child shouting and waving furiously at the local celebrities.

“Afel said that if you want to please white people [“les blancs”],” Ama explains, “you need to play acoustic guitar and calabash — leave the electric guitar and drum set.” And while the Northern Mali guitar does lend itself to the rich vibrato of the acoustic double octaves and I hasten to get caught up in some tired defense of authenticity or the “real” sound of Niafounke, the preferred style of performance represents another side of the what has become the standard of the North — electric riffs and decalé drumming. But Niafounke is hardly isolated, and in the past has brimmed with international tourists, musically inclined, and not a few of the predominant “world music” producers. Alkibar Gignor knows how to play to their crowd, whether it’s a rendition of “Tamala” in a riverside village to praise a predominant benefactor, or those who traveled around the world to Niafounke to hear some Ali Farka Toure.