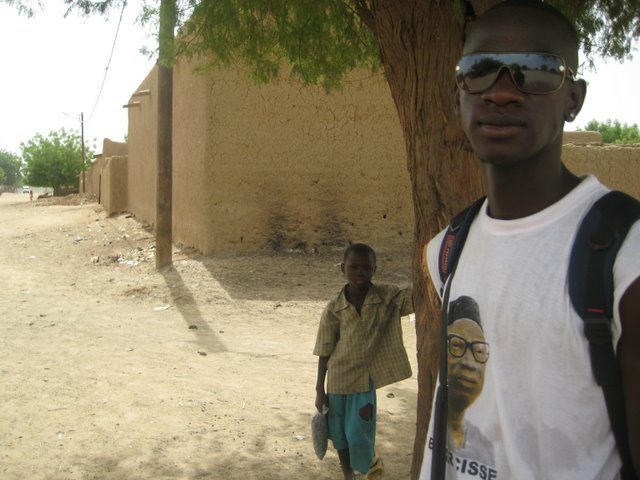 Once, when the first rains began to fall on the desert, I left Timbouctou. The route I traveled, one of a handful of possibilities none more glamorous than the rest, is traversable only by desert craft, the pale horse of the landcruiser — choking and shuddering through divots in sand. Arcing to the West and roughly tracing the curve of the Niger river, we traveled through a Sahelian forest of twisted wood and spiny acacia, docking in the towns that would appear like islands or lone ships, their towering radio/cellular antennas the sole reference in an otherwise featureless plain.

In February of 2011, construction began to pave the way to the North. Over 600 kilometers, the new national highway with pass through the aforementioned villages. In a projected two years, the diesel buses will ply the asphalt stopping at their respective bus stations, bringing the capital closer to the villages and the villages closer to the capital and for the first time, opening up Timbouctou. 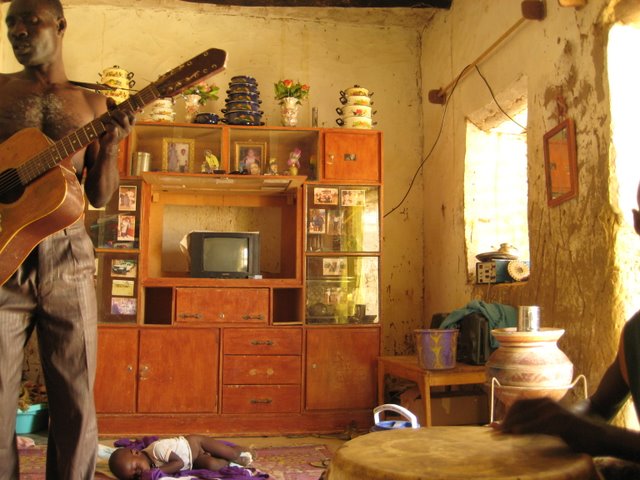 In Tonka, the town is preparing for the change. Electricity has already arrived a few months ago and the once quiet city hums while newly constructed streetlights light streets. A city of mud houses and cellphones, the fusion of ancient and modern into something workable, Tonka is the all too typical Sahelian village — exploding in population, but physical cut from the world. Ousmane is a commercial truck driver, and knows the highways of Mali. He awaits the road with the personal advantage for his trade. “It will change the towns. But that’s not all. You’ll see towns appear because of the road. Someone will decide to open a store or a restaurant on some deserted stretch of highway. Others will see that, and build next to him. Villagers will come to settle alongside the stores and sell to the buses and vehicles…and create new towns where there was nothing.” 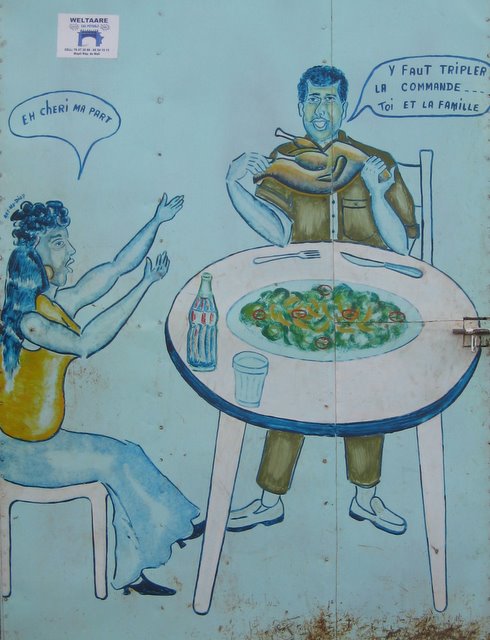 To travel the highways of Mali by bus is to drift into a Lynchian delirium, where exhaustion itself is exhausted. Sleep and time and heat and dust and dreams converge into a gordian knot of confusion. Malian transport companies plunder the outdated hulks of European tour buses, with their nonfunctional plastic AC fans and nonsmoking advisories in Germanic languages, rumbling over potholed and crumbling roads. The world streams by outside of a plastic dust covered window, obliged to roll to a halt every hour or so in designated places. And it is in these places that the villages live for the road.

Women in bright fabrics, shouting over the baskets on their heads; baskets of sugary cakes, plastic sacs of water, sliced fruit stuff. Little boys reciting Koranic verse in prepubescent voices that seem both melodic and bored as they hold out empty tomato cans for collection. Descending and fighting one’s way across the crowds, all the while in a sleep exhausted vertigo, the street side is set with low tables and wooden benches, young men clanking skillets as they scramble eggs and serve up steamy batches of Nescafe. Beyond, slabs of goat roast in mud ovens while grizzled old men survey the scene, cleavers in hand, waiting to catch a spurious eye contact with one of the passengers. Alternating boutiques are stacked alongside, lukewarm refrigerators of coke, fanta, and sugary cans of melon juice. It seems though it were staged, like the plastic mermaids swimming by the windows of Disneyland submarine ride. And it is justifiable, this feeling. What lies beyond the roadside is a bit of a mystery; the center of town, the market, the mud houses, the mosque, all the elements of an African village — or maybe nothing at all? 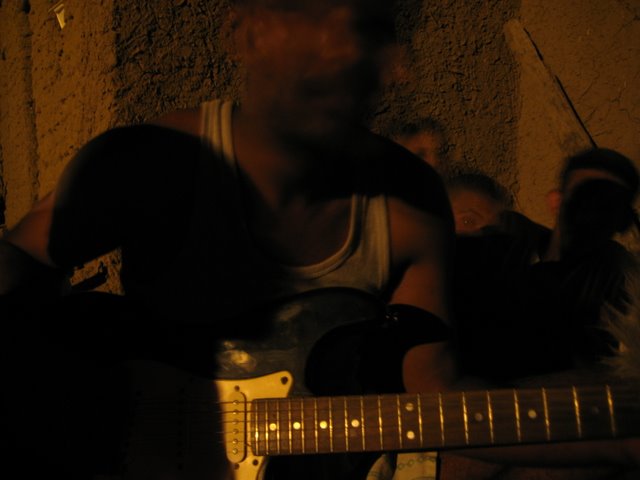 It’s over a year later when I come back to Goundam, and like before, the first rains have fallen on the sand streets leaving them damp and quiet, though the rain captured the very sound from the air and mixed it into the wet earth. The town is quiet, but brutish blue clouds fill the horizon. I find Abba, or he finds me, sitting beneath a boutique hangar, listening to three men talk about poverty, corruption, and the “future of Africa.” Abba lives in Gargando now — he’s in the military, and his post is central to the ongoing battle with the mysterious Al-Qaedi that haunts the deserts like the djinn used to. “Surely the road will provide some military might to the North?” I ask. He doesn’t answer. The next day Abba vanishes on “mission”. 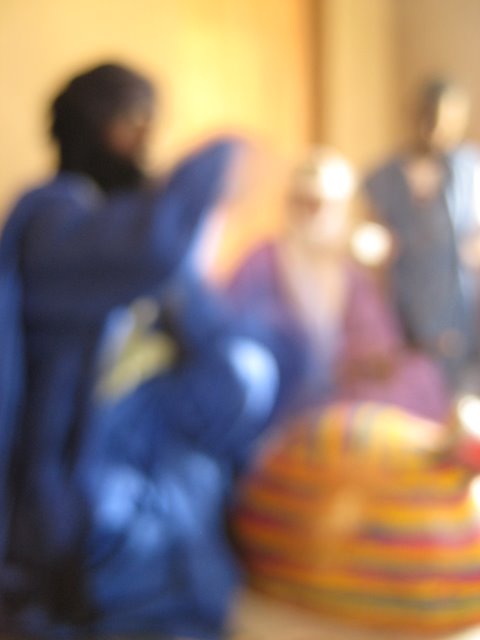 The Sahelian metropoleis are confoundingly large and isolated villages: Niono, Nampala, Lere, Niafounke, Tonka, Goundam – leading the way to Timbouctou, a once mysterious, but disconnected metropolis itself, left out to dry on the edge of the Sahara. Conceptually connected to the capital, but physically broken, a ribbon of road will transform these towns into something unrecognizable, an uncontested and lauded ideal. It’s the dream of an asphalt river, a flow of cheaper rice and sugar and petroleum, and a fast stream of rafts of desert refugees bound for Bamako and big city lives. Nostalgia is a funny thing, especially nostalgia for the present. The time isn’t spent yet, and the future hasn’t arrived. But traveling the road, where there is yet no road, I can’t help but see it.