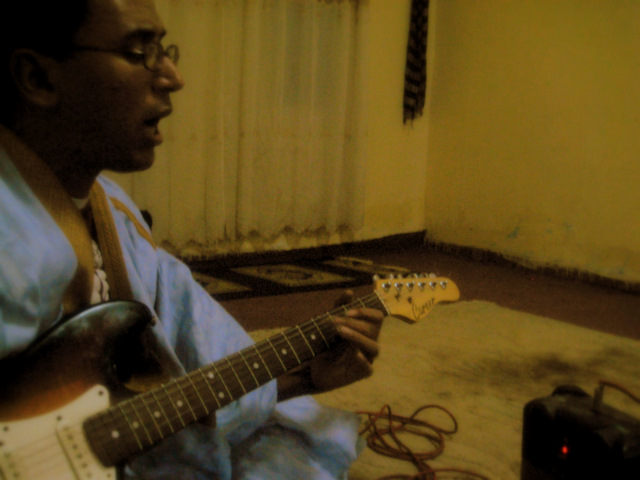 Mohamed Siyed sports a signature draa and a pair of black rimmed glasses. An iggiw, a member of one of the many music families in Mauritania, Mohamed plays the wedding circuit with his family, originally from Ayoun Atrous in the Hodh, the eastern stretch of the habitable Mauritanian desert bordering with Mali. 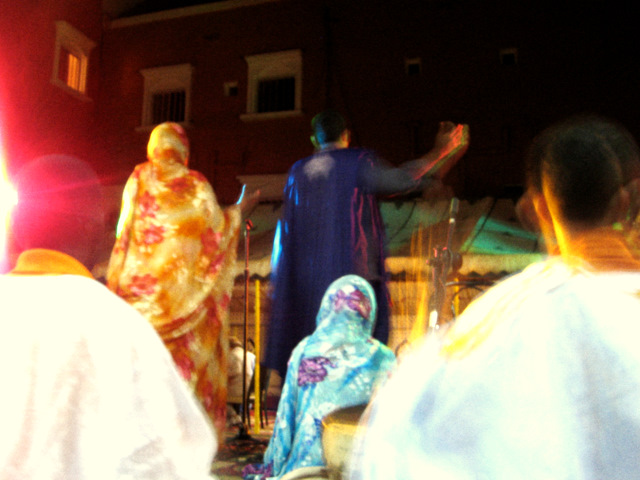 He also has a group, “Iliwane” (“colors” in Hassaniya), that plays what is colloquially referred to as “modern Mauritanian music” — at it’s best, a genre departure into new territory, unbound by the strict rules of Mauritania classical tradition, at its worst, deeply influenced by a French world music scene that doesn’t hesitate to use the word “fusion”. Siyed thankfully falls into the former category.