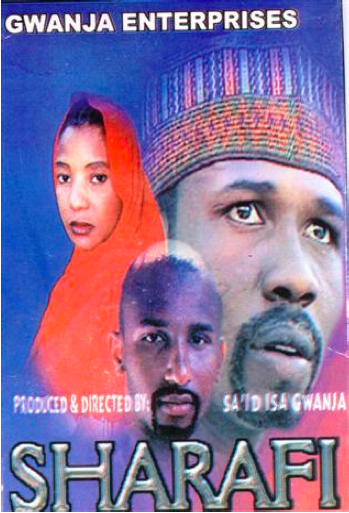 If there is a central motif that immediately stands out when one thinks of Bollywood, it would be the song and dance. There are other common themes — an unrequited love between a hero and girl, an evil villain, and a supporting cast (the bumbling friend, the police “inspector”). In general, the plots are fairly consistent and easy to comprehend. For these amongst other pragmatic and financial reasons, the Bollywood movies are a huge export around the world. Nowhere is this more apparent then in the Hausa region of Northern Nigeria, where Hindi films are a template for local cinematic production and popular music 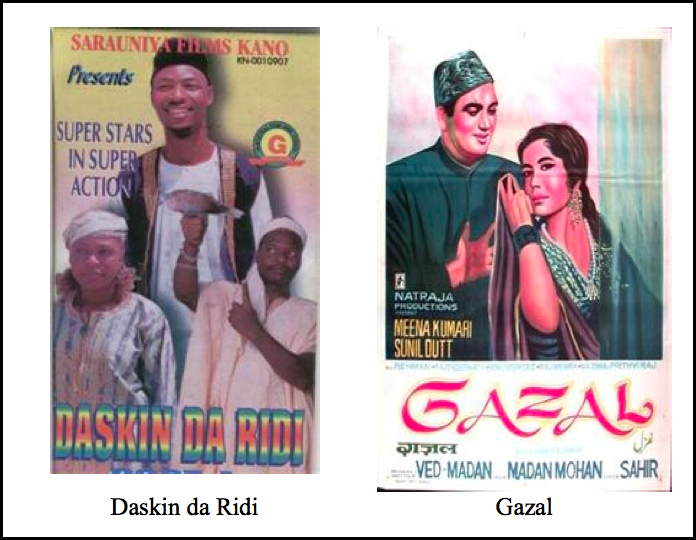 The most prolific researcher on the subject is Abdalla Uba Adamu (Bayero University, Kano, Nigeria) who traces the influence from the early 1960s, when Lebanese merchants trading in the area began importing Hindi films. Cheap and easy to acquire, they resonated with the population. Culturally conservative with thematic plots of forced marriages or love triangles, the visual motifs translated as well, the actors wearing clothing very similar to that in Kano. It wasn’t until the 1990s that the first homegrown Hausa films appeared, modeled after their Hindi predecessors — including the song and dance routines:

“Indeed in many of the videos, the songs themselves became sub-plots of the main story in which poetic barbs are thrown at each other by the antagonists. Indeed the strongest selling point for a new release of Hausa home video is hinged on a trailer that captures the most captivating song and dance scenes, not the strength of the storyline (which remains the same love triangle in various formations). A Hausa video film without song and dance routines is considered a commercial suicide, or artistic bravado undertaken by few artistes with enough capital to experiment and not bother too much with excessive profit.”

Today, the Hausa film production is a huge industry centered in the Hausa capital of Kano. Boasting some 300 studios, the musical numbers are integral to the films success. The film music is called “Nanaye” — itself a reference to the refrain of playground songs sung by pre-adolescencent girls. The term confers a childish and feminine focus in an otherwise male dominated entertainment industry. If it was a derogatory label, it has since been reclaimed by the producers and performers of the genre.

The film music is immediately recognizable by a consistent library of synth sounds and programmed drum rhythms, as well as the prodigious use of vocal autotune — intended as a pitch correction, but evolved into a trademark sound.

* Special thanks to Carmen McCain, a doctoral student working in Kano who runs an excellent blog, and was nice enough to point me in the right direction (and mail me loads of mp3s!)