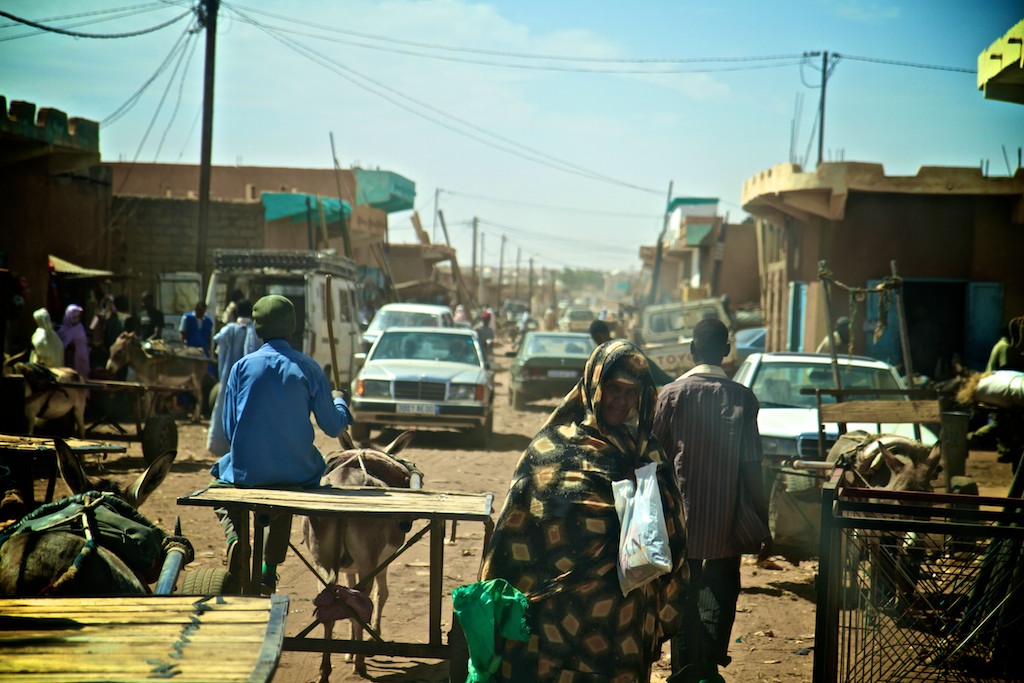 “In the center of Fedora, that gray stone metropolis, stands a metal building with a crystal globe in every room. Looking into each globe, you see a blue city, the model of a different Fedora. These are the forms the city could have taken if, for one reason or another, it had not become what we see today. In every age someone, looking at Fedora as it was, imagined a way of making it the ideal city, but while he constructed his miniature model, Fedora was already no longer the same as before, and what had been until yesterday a possible future became only a toy in a glass globe.” – Invisible Cities, Italo Calvino

In conversation with the old inhabitants of Nouakchott, one immediately hears a nostalgia in the descriptions of the town, wistful not just for what once existed, but what may have existed, or what could have existed. It is a city that lives in sighs and pauses, in the space between notes.

Nouakchott, the capital of the newly independent country was borne in a hopeful moment, a planned city inaugurated at independence before the crushing difficulties of self governance. The president, Moktar Ould Daddah, was none other than the perfect leader for the pluralistic Western model elites sought to replicate — a former student in Paris, he was also married to Marie-Thérèse Gadroy daughter of Charles de Gaulle. update: this is what you get for haphazard internet research!

Seven kilometers from the Ocean, on the frontier of both a windswept desert plain and the crashing waves of the Atlantic, the city stretched itself out along the border and began to expand, subject to the growing pains as its avenues stretched and the buildings exhaled out amongst the dunes.

One could talk of the war with the Polisario as a turning point — when the city was shelled by Saharwi rebels marching in thousand men columns toward the capital. But much of the change was the inevitable growth, as the nomads of the desert were beset by a massive drought and abandoned the tents and flocks for the city, but brought with them their reserved temperance for desert solitude and starlight. Nouakchott the capital, modeled on the Western metropolises, with its metered taxis and danceclubs, was not the Nouakchott of Mauritania.

Hemmam Fall was a Mauritanian poet, one of the most well known his period. He was also one of the first to usher in the era of Mauritanian cinema. Opening lush cinemas across the country, he was also directed a few of the films which define the era. His magnum opus “Terjit” is a comprehensive document of musical and cultural phenomena of the late 1970’s.

The cinemas of Fall have disappeared today. And the supposed reasons are numerous: Wahabi influences from repressive Saudi sects, a military dictatorship unable to understand cultural value, demographic shifts in the fabric of the city. The modern city would certainly be unrecognizable to the films of Fall — an amalgam of the worst disarray of the slums and the shoddy homogeny of the suburbs, overcrowded and sprawling, suffocating beneath taxis belching black exhaust and bone chilling winds of blinding dust. But the films of Fall capture a moment, a legacy to the city that lives in the souls of old men.