In a rather desolate mountain range of the Northern Mauritanian desert is the town of Zouérate. Iron ore was discovered in the 1950s, and led to a categorical influx of inhabitants to make the mining operations. Mauritanians from the capital, foreign experts from other African countries, and a sizable French community.

In the 1970s, regional “orchestres”, playing a modern sound were cropping up all through West Africa. And in many countries, like Mali, they benefited from the infrastructures of the capital to launch successful music careers (and recent Western exposure, popularized in the dash of vinyl reissues/afrofunk craze of the past decade). In Mauritania however, historical narrative and political shifts left these short-lived bands to languish in obscurity.

The Zouérate “orchestre” was known as Tiris Zemmour band. Composed of members of the mining operation, the band played gigs at the two local clubs, “La Gazelle” (for the urban Mauritanians) and “Les Aigles” (for the expatriate French). At the time, Mauritania was still over 70 percent nomadic — and they played for the staff of the operations, playing a variety of music, including the popular sounds working there way north from Senegal. 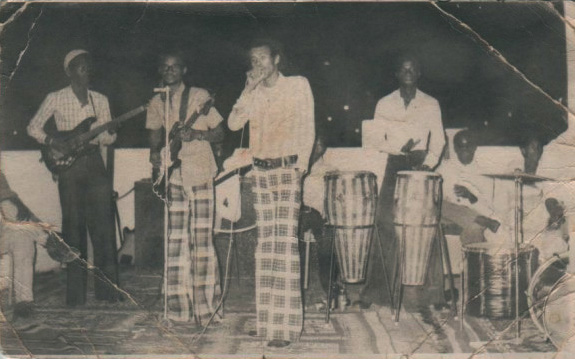 This track features Demba, renowned for his ability to sing in a menagerie of languages: Spanish, Pulaar, French, English, Wolof – while Douah sang in Hassaniya. Although Demba didn’t speak Spanish, and like many West African musician purveyors of “salsa”, sounded the songs out phonetically: 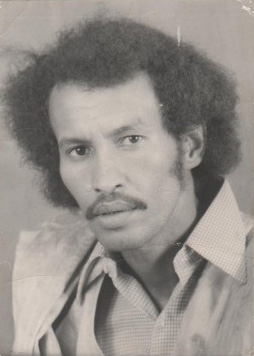 A crucial part of modern Mauritanian history is the war fought with the Polisario or the autonomous movement of Western Sahara. The first president of the independent nation, Moktar Ould Daddah, occupied a region known as “Tiris al Gharbiyya”, the Southern portion of today’s Western Sahara. The vacuum of a mineral-rich desert left by Spain’s departure had led to geopolitical chess, as Morocco invaded from the North and Algeria funneled money to the Polisario. The war would later be brought all the way into the nation’s capital, far south, at Nouakchott. But the Northern provinces felt the effects immediately.

Zouérate, a short distance from the disputed territory, was attacked in May of 1977. Two expatriates were killed and another six were taken as a hostage (prompting French air strikes and the creation of jagwa!). The remaining French expatriates immediately evacuated the town. But the war would have much more profound effects — eventually bringing about the usurpation of the president in a bloodless coup d’etat and the installation of a hardline military dictatorship. The Tiris Zemmour band continued to play until the late 1980s. But the new government was not interested in the pluralistic Mauritania that this modern sound represented, leaving the orchestras as it were, confined to their outposts in the desert.