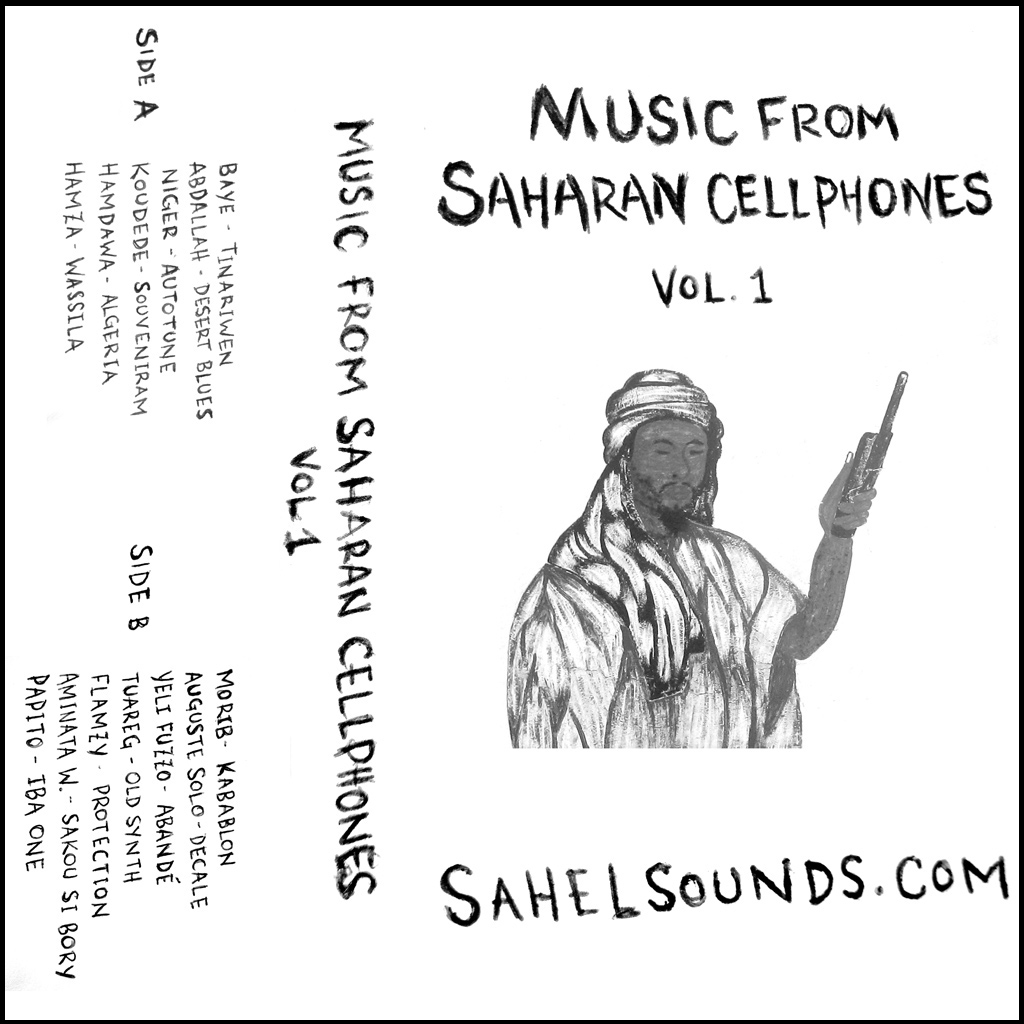 This little cassette of music (“Music from Saharan Cellphones”) collected from cellphones has been in internet circulation lately (update — and the Guardian UK). Pitchfork did a nice write-up on the phenomena of “musical scarcity”, Rupture at Mudd Up! has given it some blog/radio play, and Portland’s own Gulls put together this remix of one of the tracks:

Just to clarify, the music was not collected from “discarded” or “abandoned” cellular phones as has been reported. It’s sort of funny, the notion that one could find memory cards or cellphones lying around in the trash. No, although an interesting story, the music was simply copied. In the effort of cultural exchange, I traded for a few Townes Van Zandt albums; we’ll see if they’ve survived next time I’m back in Kidal.

The somewhat ambiguous tracklist was a result of ID3 tags and guesswork. First world internet access and Facebook feedback have helped to clarify a few things, and here’s the updated tracklist (more details as they come available):