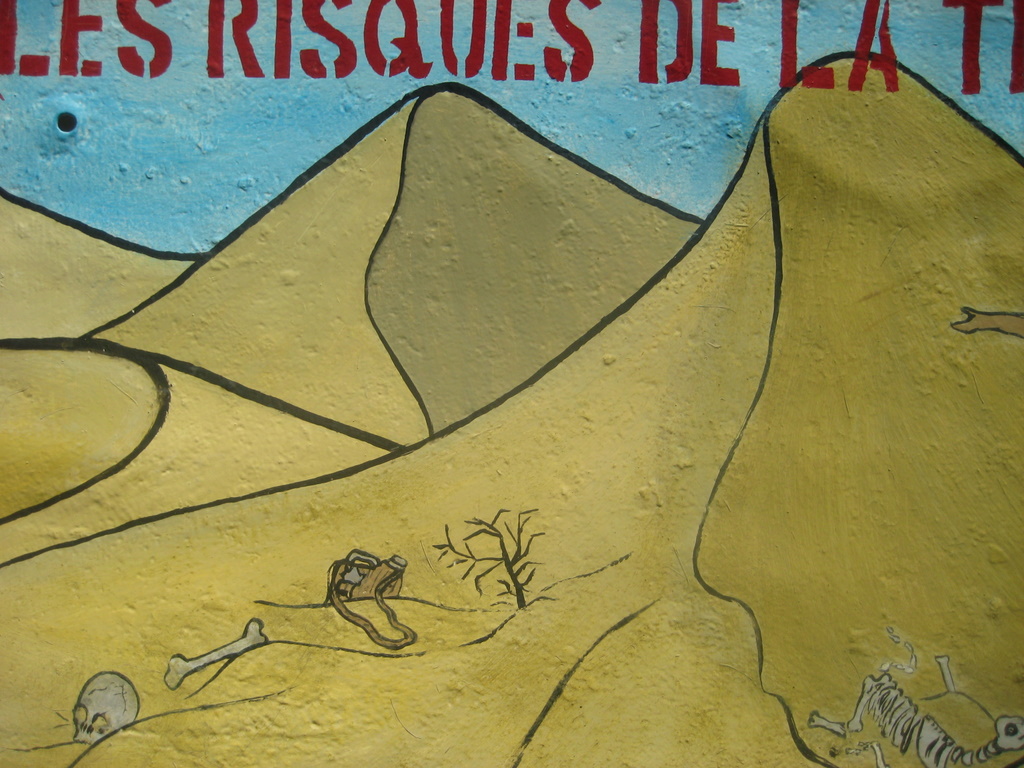 An enigmatic figure materializes one day in Kidal. He’s dressed all in black and wears a tall cap of dreadlocks, lugging his baggage and a guitar case. After a few days off wandering through town, he begins to sing in the street, accompanied by an old broken steel guitar.

Later that week, I have the chance to meet him in the market. He’s squatting in an old police checkpoint and has come here to busk — unheard of in this little desert town. He tells me his name is “Le marchand du Soleil” — the merchant of the sun, and though he never reveals his origin, he plays beautiful songs that sound southern, suggesting Burkina or Cote D’Ivoire with that major scale, double octave, frenetic solo — certainly more Palm Wine than Desert Tea.

Le marchand is regarded as “le fou” — the fool, or the crazy — and as he plays in the market, his attitude and songs are bizarre, subject to mocking laughter or disapproving commentary. One night, I find him on the corner of the main drag of town. He’s playing in the dark, but he’s surrounding by a few town kids. And they’re listening attentively, entranced by the new sound. When he’s finished, they ask him to play “that one song, Laila” — to which, he obliges. And already knowing the words, they sing along.

Talking about his origin

On a somewhat related note, Jonathan Dueck recently sent me a mix of some of the sounds he recorded in Burkina Faso a few years ago that was posted on Asthmatic Kitty website. They certainly bear more of an affinity to the wandering minstrel than the typical desert sounds. Perhaps he’s also to be found amongst these recordings?

Gnawa, across the desert

The end of the world…