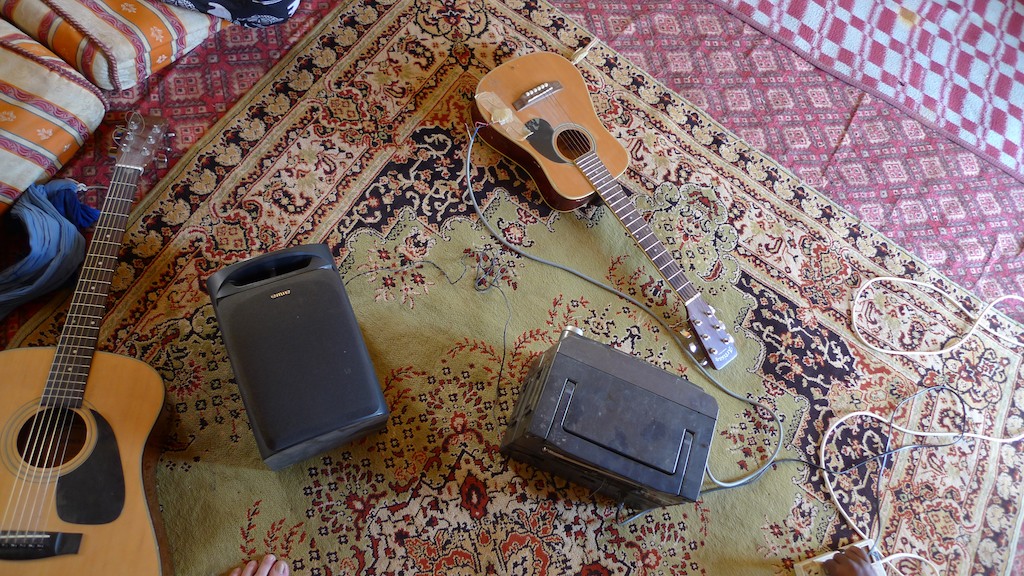 Jheich played in the 1970’s, an interesting moment in Mauritanian history. The country had just over a decade of independence and was experiencing post colonial growing pains, trying to stake itself a place between sub-Saharan Africa and the Maghrebian Arab world, between the modernization of the capital at Nouakchott and the traditional nomads that accounted for the majority of the population. Musically, the measured innovation created some interesting phenomena (which I’ll be exploring in subsequent posts), like this electrification of the tidnit. The experiment with democracy came to an end in 1978 — with a coup d’etat following an unsuccessful war. Incidentally, Jakwar itself takes its name from this war, and the SEPECAT Jaguar, a French fighter plane that blasted over the nomad camps, probably responsible for a lot of terror/awe/confusion.

Jakwa is dance music. Although I was often told in Mauritania something about juggling tea glasses, I never saw it until this clip (juggling starts around 3:32)

With the introduction of the guitar to the Sahara, the Jakwa style naturally was adapted and expanded across the desert, and into Mali (and perhaps further?). The music is popular amongst the Tuareg, although there are few musicians who know how to play it — the majority being the typical ishumar sound. Although last years Festival du Chameau even had one Jakwa musician amongst all the Tuareg guitar: a foreign born guitarist name Badi who lives in Aguelhoc. 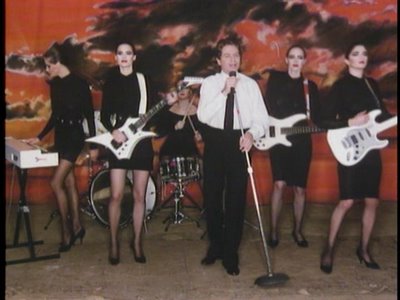 Stepping on stage clad in the typical blue Mauritania draa and flanked by a handful of women in black bazzin, Badi has a thin mustache and glasses. He stands there stiffly, while his fingers dance over the modified fretted guitar. The first two tracks are typical jakwa sound:

For his third track, Badi doesn’t sing as much as shouts into the microphone and unleashes force worthy of the fighter jets strafing Polisario columns.

Further Reading: One of the most prolific pieces on Mauritanian music comes from Matthew LaVoie at Voice of America who did some fantastic posts awhile back.