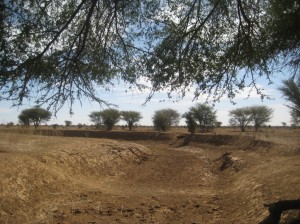 In the rainy season, pooled water gathers and flows into seasonal rivers. They follow the same paths, snaking deep gulleys carved into the hard earth from the many years. The area around these gullies is flourishing with trees. Craggy vicious trees with spines, but relative to the plain desert it is rather like a forest. With the first rains, parents warn their children to stay clear of the gullies as the small trickles will grow into torrents of mud and sticks. And the head of the stream is often preceded by tumbling snakes.

It’s here in the forest amongst the pools that the families gather for the rains. Most of the year they live in small family units, a few tents of extended family, far from neighbors to maximize the yield, grazing their animals on the besieged and sparse vegetation. Thus, with the rains, a surplus of water and food, the animals giving abundance of milk, the families coming together is a moment of relaxation and celebration.

Isswat is an activity relegated to the night. After the stars have come out, the families have finished dinner, the youth sneak off. Perhaps one will begin playing a tende. The other young and unmarried youth will hear this, the distant low pounding of the drum. Sneaking off to some locale away from the camp, the youth assemble. 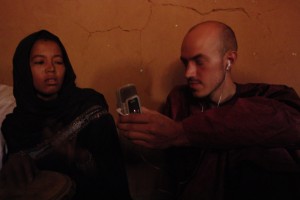 The music of the issawat is characterized by the sigadah, the low humming of the men, which provides a bass, and the woman who will sing the melody. The songs are often provocative, songs of love, albeit it in a very coy and covert manner. Issawat is also the opportunity for the youth to meet and flirt, and in the periphery of the performance, the young boys and girls whisper to one another.

Issawat is not merely the music, but the name given for the activity. In general, the music is a type of non instrumental symphony, where one singer leads with a melody and the others sing a bass, accompanied by clapping, stomping, or drum playing. There are similar types of tuareg music found that share these traits, such as el medh (Recordings of Isswat as performed in Bourem

I once heard a story about the family in Djounhan. Tigadahasit’s older brother once fell in love with a girl from another camp. She had come to Ijuhrer for the rains, but staying far across the forested plain. Realizing the brevity of the season and the possibility that another suitor would arrive in his absence, he was determined to arrive every night for the issawat. Late at night, and dressed in the finest clothes, he would walk out into the dark. At every flooded gully, he would disrobe and wade through the dark mud, carrying his clothing above his head, dressing on the other side, just until he arrived. Here, he would rest until the early morning, the long journey home under the lightening sky.