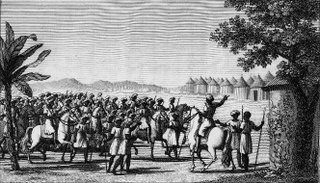 Along the border of Senegal and Mauritanian, one finds the ancient kingdom of Fouta Toro – meandering rivers and wide floodplains, covered in scrubby forest and dust, and occasional green patches of irrigated rice and millet. The Isle of Morfil, named for the elephants which have long since vanished, lies in the plane; technically Senegal; but identified as Fouta.

Fouta Toro is old and complex in character. Myths and magic abound, castes and tradition stand strong against the onslaught of outward influence, predating the French colonialism, the Wolof language, even the Islamic invasion. In fact, it was from the Isle of Morfil that the Tekrur empire, joined with the Almoravids, marched upwards and onwards conquering the Iberian Peninsula.

The traditional music of Fouta is based on the Hoddu; but many traditional ‘universal’ songs have been adapted to the guitar. 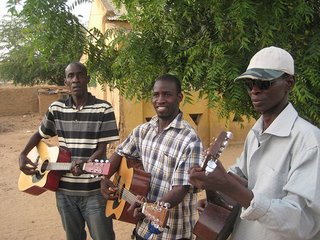 Traditional Pulaar literature is oral – stories often being sung. One of the more interesting forms of literature is that of Pekane. The Pekane is performed solely by the cubaalo or fisherman caste, and in its variety of forms can be used to tell a story, poetry, genealogy, or the more mysterious incantation, to speak and call forth fish. The little village of Ngoulé is a few kilometers from Podor – but it’s here that one of the most famous legends of Fouta is based, Seeku Balli and his battle with the Crocodile Ngari Ngoulé. 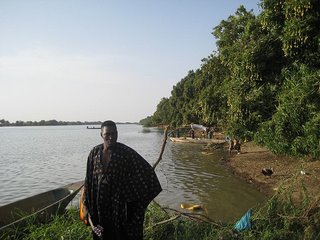 The story of Seeku Bali, as performed by Ngari Ngaoule and Souleyman Sarr

Ngaoule is a beautiful mystic place. Like the combination of Gabriel Garcia Marquez novel and a Japanese Ronin folk tale. When I arrive on donkey cart, I make directly for the river. The bank is lined with green mango trees, and a few people in the distance are bathing or washing or pushing out on their pirogues. If you listen closely you can hear a bird in the tree. And a mango drop.