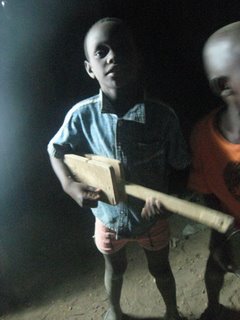 The town of Niafounke is alongside the Niger River in Northern Mali. It is notably famous for being the birthplace of Ali Farka Toure, and the tradition of music continues here. The town itself is mostly Songhai (or Sonrai), and the music that we associate with the North, the drumming guitar bass and double octave, the Malian “blues” as it may be – are mostly a variation of the Songhai sound. Whether or not the origin is here, or, as some claim, in the Soninke region of Kayes, the sound is distinct and recognizable.

Alkibar Gignor is a band composed of family and apprentices of Afel Bocoum (another grand guitarist hailing from Niafounke). I’m not in the habit of taking videos, but below is a recording of the rehearsal, recorded at Toure’s family hotel.

Lastly, some recordings of children songs and games. In a typically twist of fate, I was surrounded by thirty or so children who without any prompting, jumped into an exhibition of song. Most of the songs are accompanied by dance and great call and response (see “coonicami”). As far as I can attest, all the songs are in Sonrai – I wish I had more to say, but I’ll let them speak for themselves.

update: the above song is actually in Bambara. the recorded verses go something like this – “a man is a lion, if his woman tries to be a lion, he’ll smack her. when a man talks to his woman, she needs to respond, or he’ll smack her.”