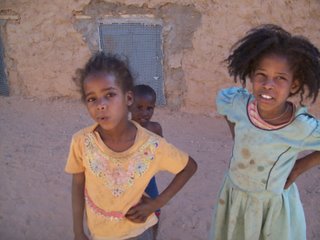 It’s late night, and the crackling radio is broadcasting a Wolof griot.

Next, an excerpt from an interview I conducted with a young rapper from Cinquieme. He talks about the obstacles to music, government suppression, lack of resources and financial support for the arts. Following, is an A Capella rap in Pulaar and Hassaniya with an explanation.

(brief translation of rap: “i say, that in this country there are many problems, no organization, we don’t have any solidarity between the white…the first verse is in pulaar, the second is in hassaniya…the refrain says that while many rappers are making music just to attract some, i’m making rap to speak the truth, all the time, just until the end of time…”)

Talking with an older, traditional Pulaar folk musician, Daarorgal Fulbe, I pose the question as to what he thinks about the youth today making rap music. His reply, in French, is interesting:

(“It’s now that rap music has come…but it’s existed for a long time. A very long time. Me, when I was 4 or 5, with my older brother who rapped. If I sing in Pulaar you’ll understand…

In conclusion, two Mauritanian tracks copied from a bootleg CD purchased in Cinquieme.